I spent the day printing in the darkroom today, it was the first time I had done so in quiet some time; it's a part of photography that I enjoy almost as most as going out with my camera.  While I don't have a darkroom of my own, I am grateful enough to know someone who does, and I must say Robert Hall's darkroom is one of the nicest darkroom's I have ever worked in.
Even though I have been wanting to print for some time, the big reason I did so today was because of the email I got earlier this week from another photographer and fellow angler Jason Morrison.  In his email Jason asked if I'd be interested in showing my photography along side his in the display space he had recently gotten at the up coming Wasatch Fly Tying and Fly Fishing Expo, without hesitation I said yes.

I decided upon 10 different negatives that I would make five photographs to for  the expo, eight of which would have to be printed in the darkroom, and the remaining two I will print on the computer. 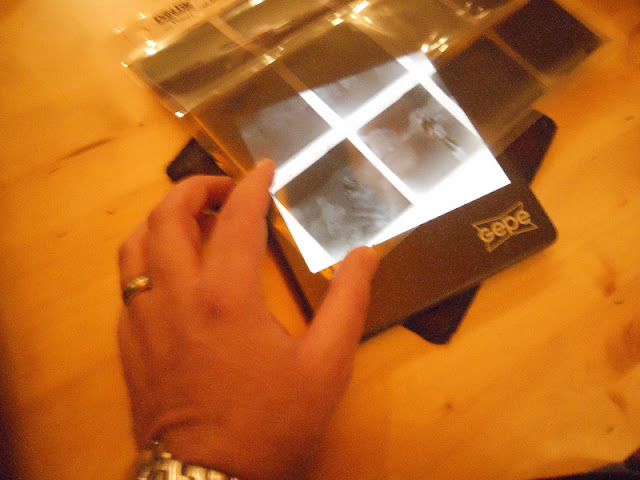 Robert is a gracious host, everything was set up by the time I got to his home so all I had to do was pull out my negatives and away I went. 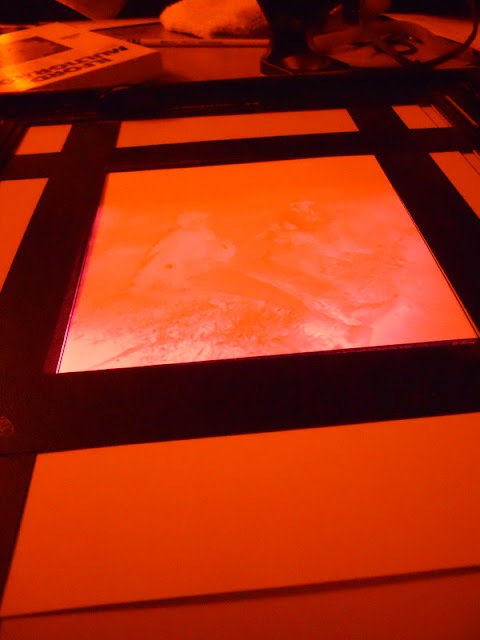 I got into the groove quickly despite having been in the darkroom last about a year ago, so I was able to figure out what I needed to do each negative without wasting a lot of time or paper. 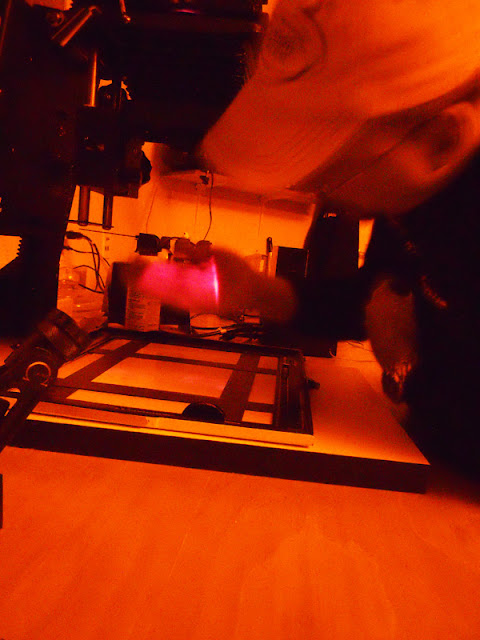 I am not quite sure which is more magical, doing all of the dodging, burning and other adjustments as I create the photograph or watching it all appear as the paper bathes in the developer. 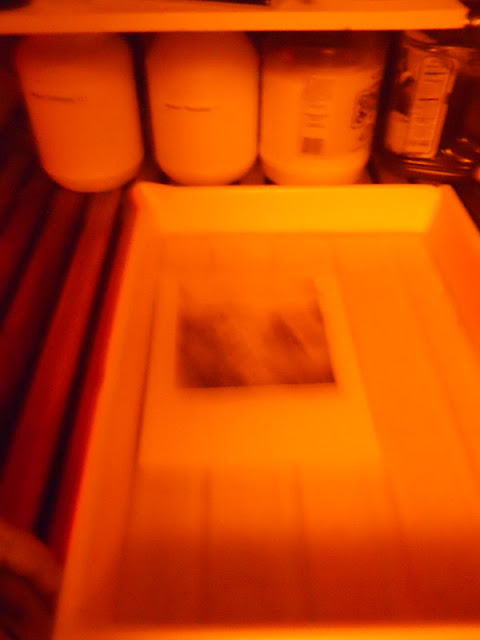 Before too long one completed print become two, then three, and so on... 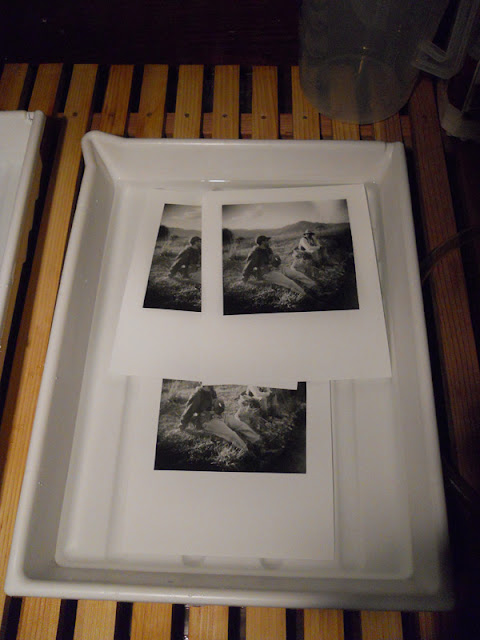 Next thing I knew I was done with the first set of five photographs and moved on to the next set.  I love to see how a test print becomes a final print, the whole process really is magical. 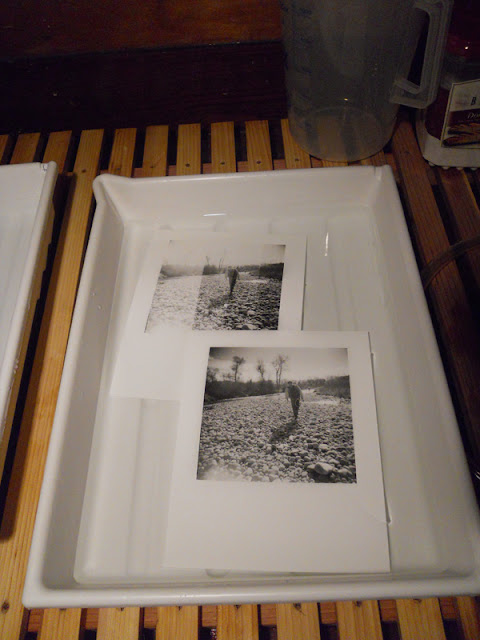 From test print to final print. 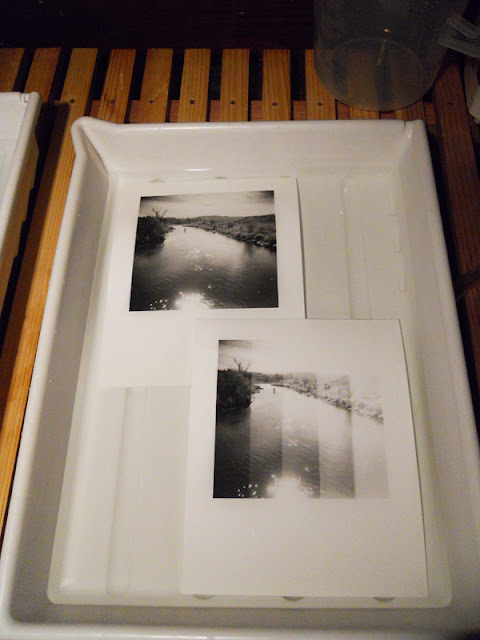 Before too long I had a print washer full of prints that had been archivally processed and washed and need to be emptied for the next cycle. 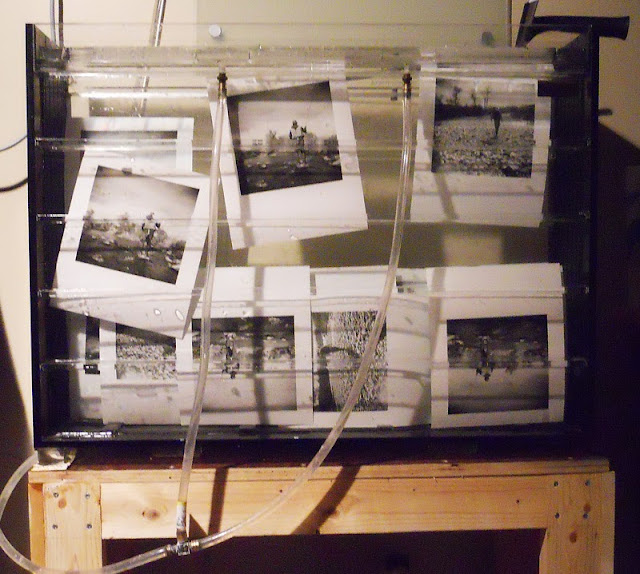 Not a bad way to spend to spend some time in the dark, wouldn't you say... 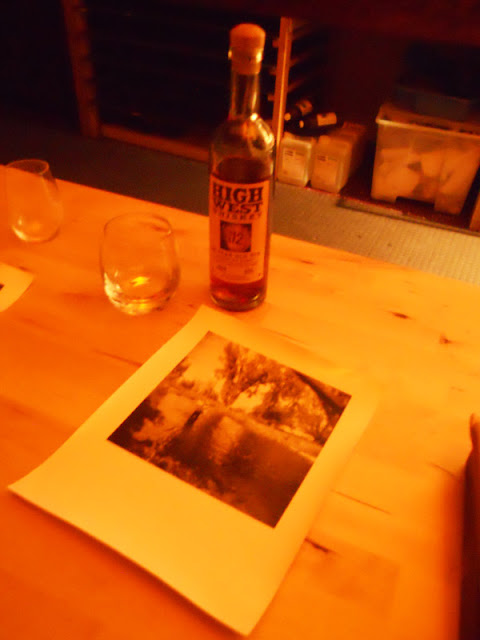 Despite having a goal of completing eight sets of five prints I was only able to complete seven in the seven hours I was printing today, so needless to say I am pleased with the work I did today.
The prints from today's darkroom session will be available for sale at the Wasatch Fly Tying and Fly Fishing Expo April 1-2, so please come by and by one or two.
Thanks again for the use of your wonderful darkroom Robert!
Posted by Brian L. Schiele at 10:07 PM 3 comments:

Now you can read it here...

When the write up about my photography was first published I kept thinking about how I could get it out there for people that don't read Fly Rod & Reel.  I hoped that it would make it to the magazine's website, but for whatever reason it didn't appear in conjunction with the new issue; I am happy to write that you can now read the entire write up on the magazine's website. So without further ado I present to you, Old/New Photos written by Bob White, that first appeared in the Winter 2011 issue of Fly Rod & Reel magazine.  Read it HERE! Thanks for reading!
Brian
Posted by Brian L. Schiele at 6:38 PM 1 comment: