I am all but done with the book, and am now making the final tweaks that will polish the final layout.
I even went as far as to make up a small test version of the book and ordered it to see what it would look like, which caused me to make the above mentioned tweaks.  My biggest concern is what font to use for the cover, I have been more of keep it simple kind of font guy for anything I've ever done, but think this time I want to do something different, something that will catch potential readers eye and go well with the dreamy theme..
It's not easy picking a good font, with that I thought I'd put out there a few the fonts I like in hopes that you might help me pick a good font.

This first one I like, because it is bold and certain to catch the attention potential readers, it's called "Carbon Black"

Next one is I wasn't quite sure what I thought when it came up, it's called Engravers MT, but I do kind of like that it's two lines.

And then, a lovely font that when I first saw it, thought that it just might be on the one to go with, a font called Papyrus.

But then I came across this lovely font. which I think works well within the context of the "trout dreams" theme too, it's "Viner Hand ITC:

And lastly, I came across this font. called "Zemke Hand" which I like for the hand written quality.

And for an overall feel of what the cover will look like with the Viner Hand ITC Font: 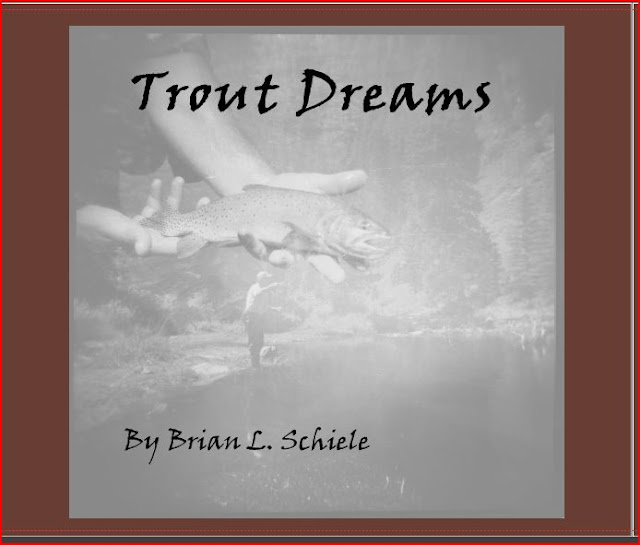 See my dilemma? They are all great fonts and lend themselves well to the "trout dreams" theme..
Help me decide by commenting.
Thanks!
Brian