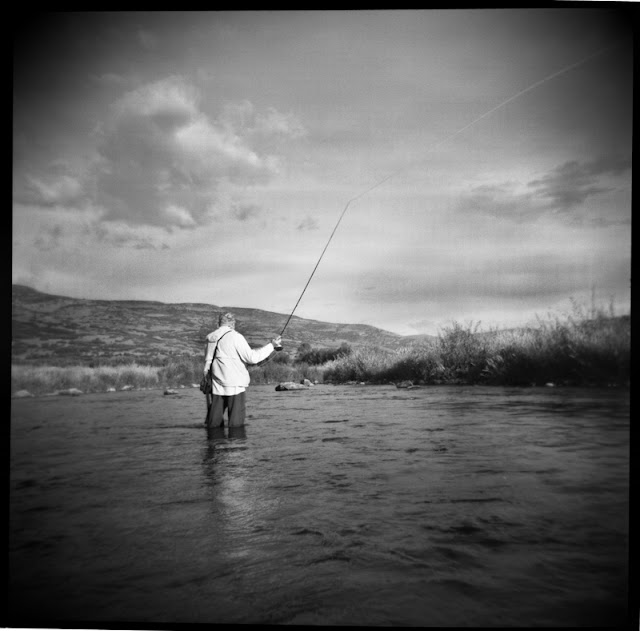 I finished two rolls of film recently, Kodak Tri-X and Plus-X by the way, one was a roll that was entirely "Holgaramas", while there other was from my Macro Holga.  While I've had a lot of success with the Holgarama technique I thought I'd do something just at little different this time and remove the square mask from the camera, something that I was told would soften the transition between the two overlapping frames, which I am happy to report it did just that.The only thing though is that it makes the negative a little wider than it would with the mask, but hopefully I can correct that problem.
So without further ado here are the two best  Holgaramas from the roll. 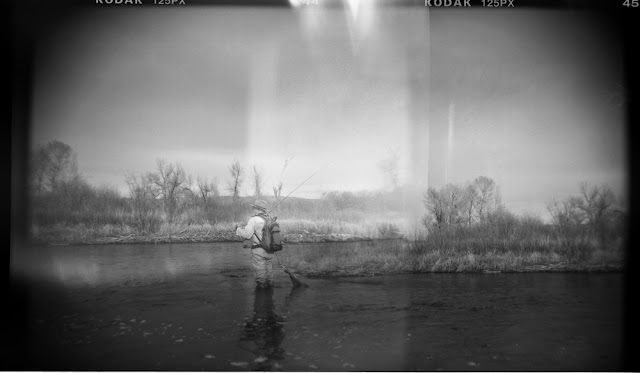 I really like this one, I remember thinking about the quality of light when I came upon the scene and the negtive did not fail.  I like that the transition comes together a lot nicer without the mask, I will defiantly be doing Holgaramas without the mask from now on. 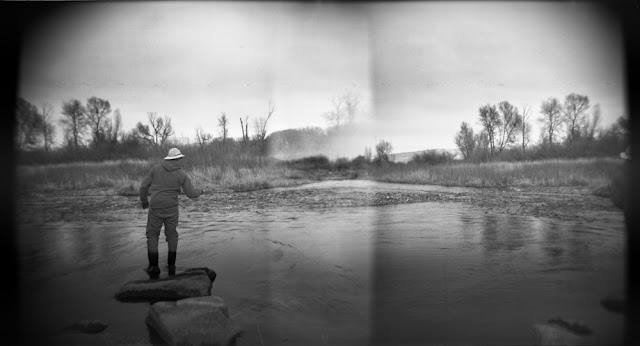 This one is at a wide bend in the river, where the river makes this long sweeping turn that heads off away from the camera.

My second roll went through my macro Holga, which is a Holga that I have dedicated solely for such purposes.  I a set of "macro" and close up lens that snap onto the front of the lens that I use for when I want to take such close up photographs.  The "macro" set has two lens that allow me to get as close as 30mm and 60mm, while the close up set has lens that allow me to focus as close as 120mm, 250mm and 500mm.  The trouble with using these lens, especially at the closer distances, is that it is difficult to compose, because you can't see the subject enough through the viewfinder.  So what I did to help overcome this was tie a piece of twine around the lens and put a different piece of tape on the twine that corresponds to the particular distance of each lens.

By doing this I figured I would increase my chances of getting the subject in front of the lens, which for the most part works, but it is a technique I am still mastering.
I have been trying to get a good close up photograph of some flies and the two here are the only two frames of the 12 on the roll that turned out, so here they are. 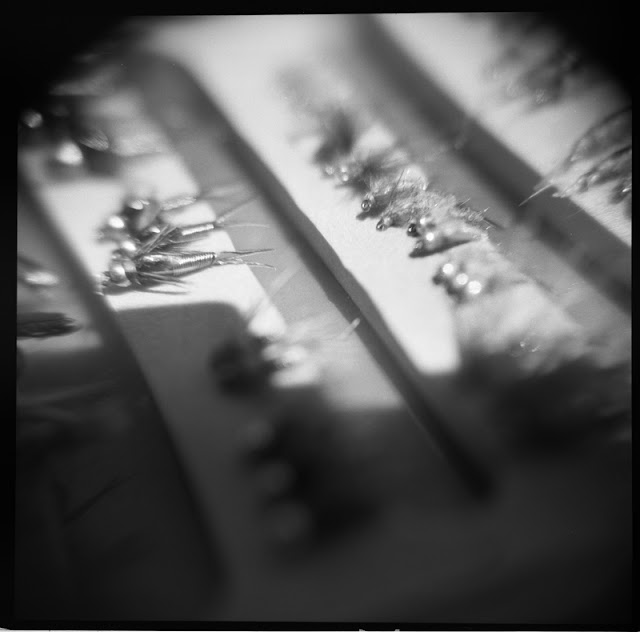 I really like this one and I think I shot it with the 60mm lens, which I think is as about as close as you can go and maintain good focus and not become distorted as is the case with the 30mm lens as I have found out so far. 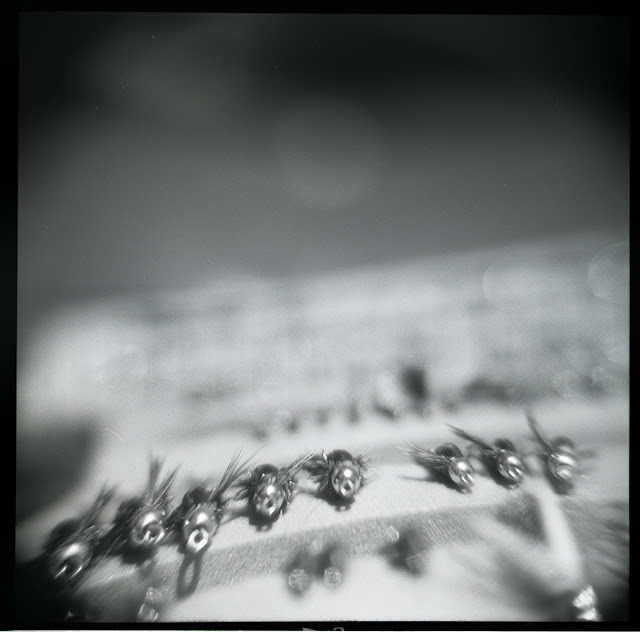 I am not sure what I think about this one, but I thought I'd put it out there and hope that someone comments on it.  I know there is a negative space above the flies, but in some way I think it works.  What do you think? Is there too much negative space or is it OK?

Thanks for taking a look and please comment.
Brian

You know it was a great year, when you can begin the year with some coverage about your photography and end it with some too.  As you may recall, in the Winter 2011 issue of Fly Rod & Reel, so I am delighted to let you know that my photography is featured in Issue number 32, the December 2011/January 2012 of "This is Fly".
"This is Fly" is a great online magazine, that's been a round for a few years now, that I feel is an innovative magazine especially for a fly fishing one.  They use a lot of different typography and layouts and they do stories and feature things that aren't about fly fishing at all, as is the case of the  non photographic artists that they feature in every issue.  I am pleased with the layout and treatment of my photographs, other than my blogsite and my Flickr stream, I'd say this is the largest single grouping of my photographs with 20 photographs shown out of the 24 that I submitted. So check it out HERE, then go to the table of contents page and click on the line that says "Featured Photographer" Brian Schiele." Then go back and check out the rest of magazine! 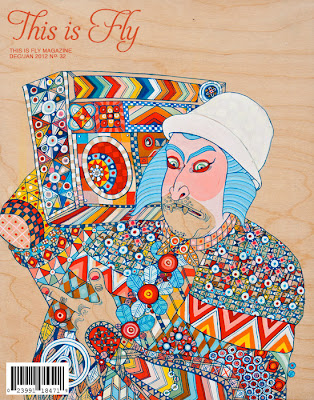 Thanks to everyone I have fished with and photographed!
Brian
Posted by Brian L. Schiele at 8:26 PM 3 comments: