I like social media, from Facebook, to Flickr, and my blogsite.  Through these various websites,  I have been afforded  some great opportunities to  promote my photography; so when the opportunity to help a local college student, Britney Anderson, with her college assignment I jumped at it.  Her project for her  communication class, involves interviewing Utah photographers of various levels and gathering all of the interviews up to show the diversity of photographers in Utah.
I have watched the interview a few times I think she did a great job, and putting myself out there in such a way was  fun. The entire video is just a little over 22 minutes, and throughout it you'll hear or see little vignettes of my adorable daughter, and Britney even ended with it a "blooper" section, that features her even more.  So if you have 22 minutes to spare, take a look at the video, and check out Britney's website as she gathers other interviews, I think it is an A+ grade for sure.  If you ever find yourself in a similar situation where you can help a college student or someone starting out, do it.
Thanks for watching.
Brian

I recently had the pleasure of fishing with another Army buddy of mine, someone I haven't fished in quite a few years; he's the one fishing buddy I have that I would call my fishing mentor, assuming he lived a lot closer and we could fish together more than once every few years together. I was really hoping to show him all that I have learned over the past few years that it's been since we fished together too, but unfortunately that didn't happen, but that's OK we got to spend a lot of time together and got the chance to catch up and talk about the brief time that we actually worked together, those that we worked with and life. 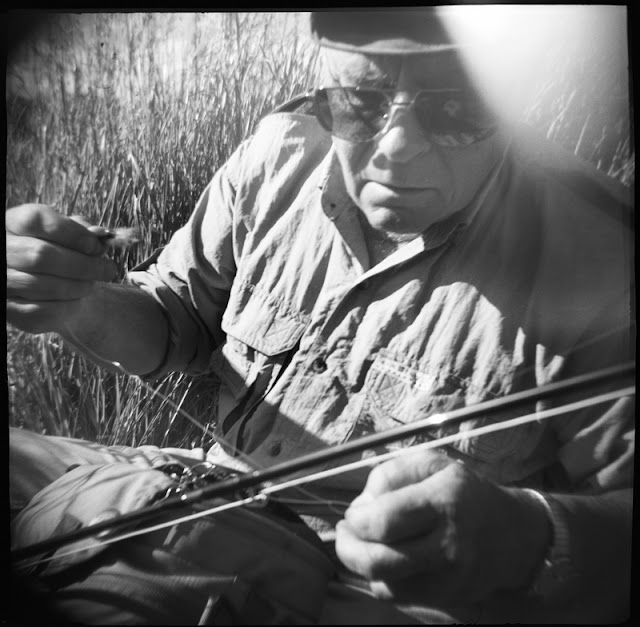 My buddy Rick is a little old school when it comes to fly fishing, which in the case of fly fishing isn't a bad thing and he catches fish in conditions where others don't.
When we first while we were mobilized on active duty together about, which was when my interest in fly was just beginning.  I had just bought my first fly rod off of Ebay and I would bring it to work to practice casting during my lunch and Rick would come out and give me pointers on how to cast.  We later which fishing for my first time and I eventually caught my first fish. 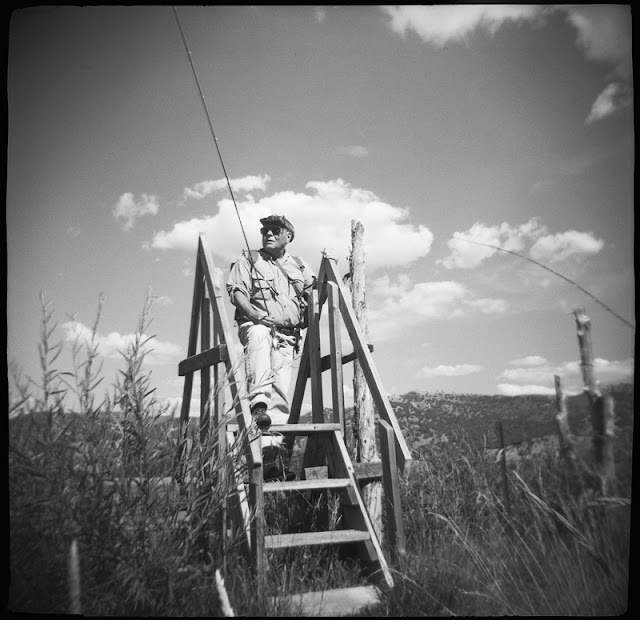 It was great fishing with him, because it was also my birthday on the particular weekend we fished together, he even stayed in my home with my family. 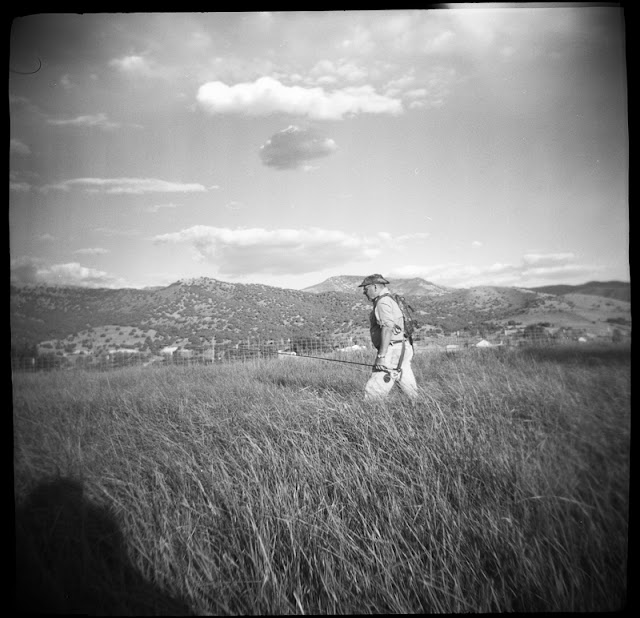 Is there a particular fishing buddy that you have that you haven't fished with or at least heard from in a while? What are you waiting for, call him or her and go fishing!
Thanks again Rick!
Brian
Posted by Brian L. Schiele at 9:54 PM 4 comments:

It's hard to write about fishing with a well made and beautiful bamboo fly rod when you didn't catch a single fish with, but here goes..
Back in the spring the website, Outdoor Blogger Network, had a unique and wonderful contest that consisted of two parts, where the prize was a bamboo fly rod from Fall River Fly Rods, along with a reel from Montana Fly Company and a line from RIO.  All you had to do to enter the contest was to comment on the original post and 15 of those who posted were selected to be apart of the first part of the contest. The idea behind the contest was to be apart of the shared experience of fishing with anglers all over the United States, literally from sea to shining sea, from Vermont to Washington state. Included with the rod was a  journal so that we could write about our experience with the rod, and all of us have blogs too that we ae all writing about as well.  The second part of the contest involves one of the 15 hosts being selected to take home the rod, reel, line, journal and all other things that it picked up along the way.
I was chosen as one of the 15 hosts and fished with the wonderful rod recently, and not only did I not catch any fish with the none of the photographs I made of the rod with my Holga turned out either and I am not sure why.
The rod itself is a beautifully made bamboo fly rod, made by Jason Zicha, who I have had  the pleasure of meeting a few times over the past few years.  This is my really my first time that I have really had the chance to fish with a bamboo fly rod, especially on a river that involved casting 20' to 30' across the river.  Once I finally got the hang of casting this rod and slowed down my cast, I was really able to cast accurately with every cast.
There are five others after me, so it will be only a matter of weeks before the final selection is made and the rod will go to its new owner. I sure hope it's me, because I was just getting the feel for this lovely rod and I want to catch some fish it. Sadly, I am the only one who has fished with it so far that has not caught any fish, and knowing what I know about the others that follow me, I will likely be the only one of us that won't catch any fish with it either.
I will end this with a picture of me with the Fall River/OBN fly rod, something I hope will not be the one and only of either..
I will post other photographs from that same weekend , more like the ones I normally do, that don't involve the rod shortly.
Brian 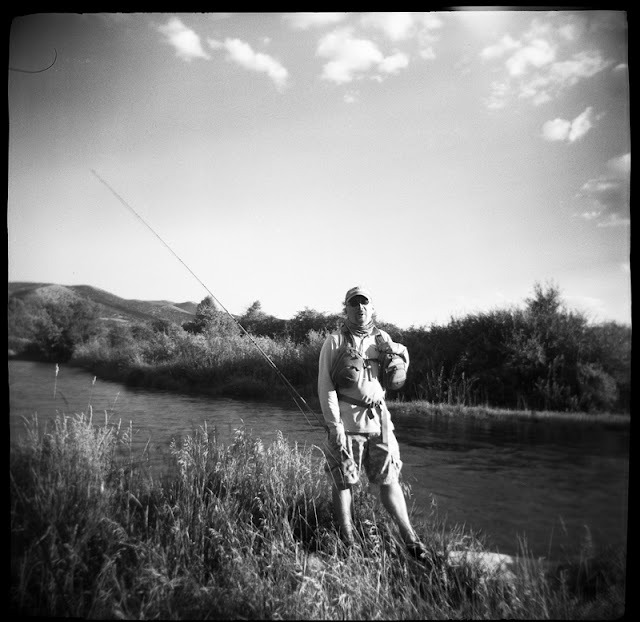