Fall is a great time for fishing and my most recent outing on a small creek in Utah county, reminded me of that.

One of the things I like about fall, when it comes to photography anyway, is the quality of light that occurs at this time of the year; it's so warm, soft and direct it's hard to make bad photographs when you have such great light. 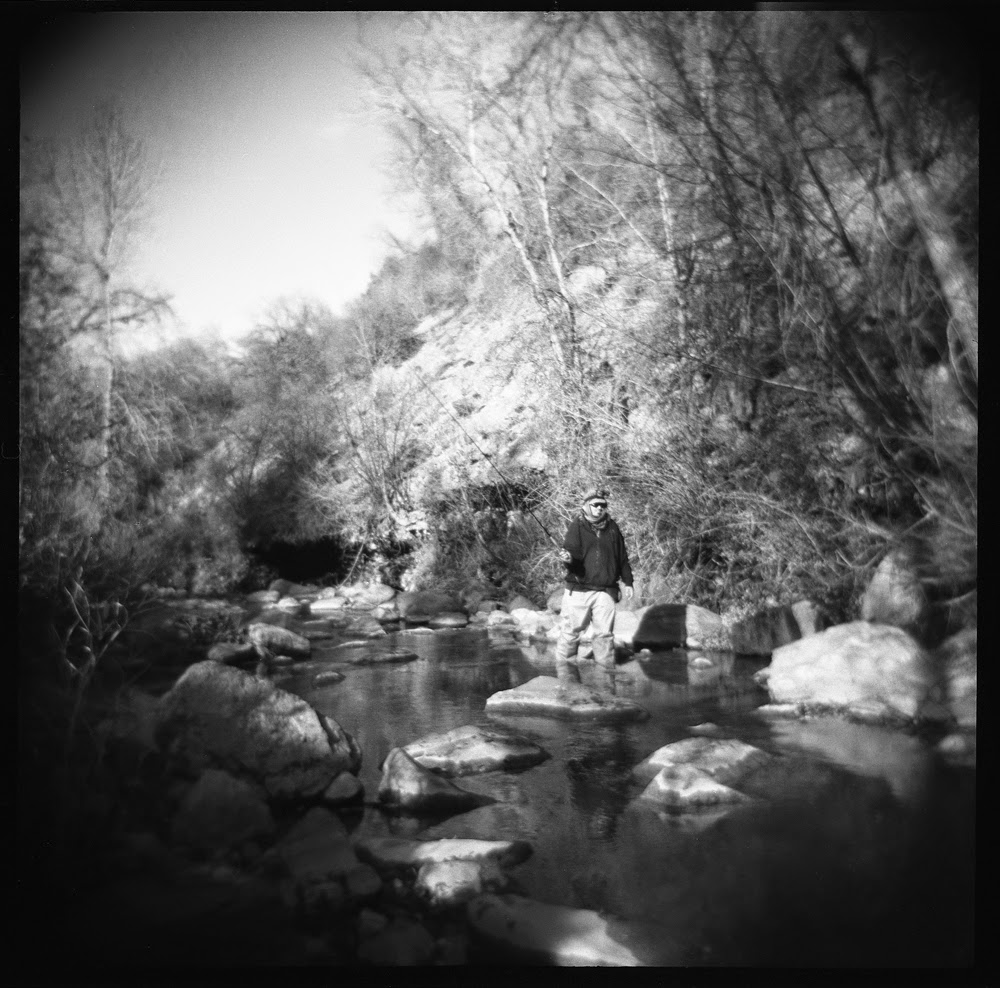 I hope you like these two photographs, if you do, please comment or share  this post online somewhere.  I'd love to hear what you think about these to fall fishing photographs or how you came across my blogsite.

My hope is that if enough people share this post that it will repair the internet, since some photographs by another photographer that were recently published "Broke The Internet".

I was fishing recently on a stretch of  river that I had been to before, but hadn't been quite so far up as I had been on this particular occasion.
As I kept fishing further up stream I saw this tower and kept hoping my buddy would  move into the right spot so I could photograph him fishing with the tower in the background.
Thankfully he did. 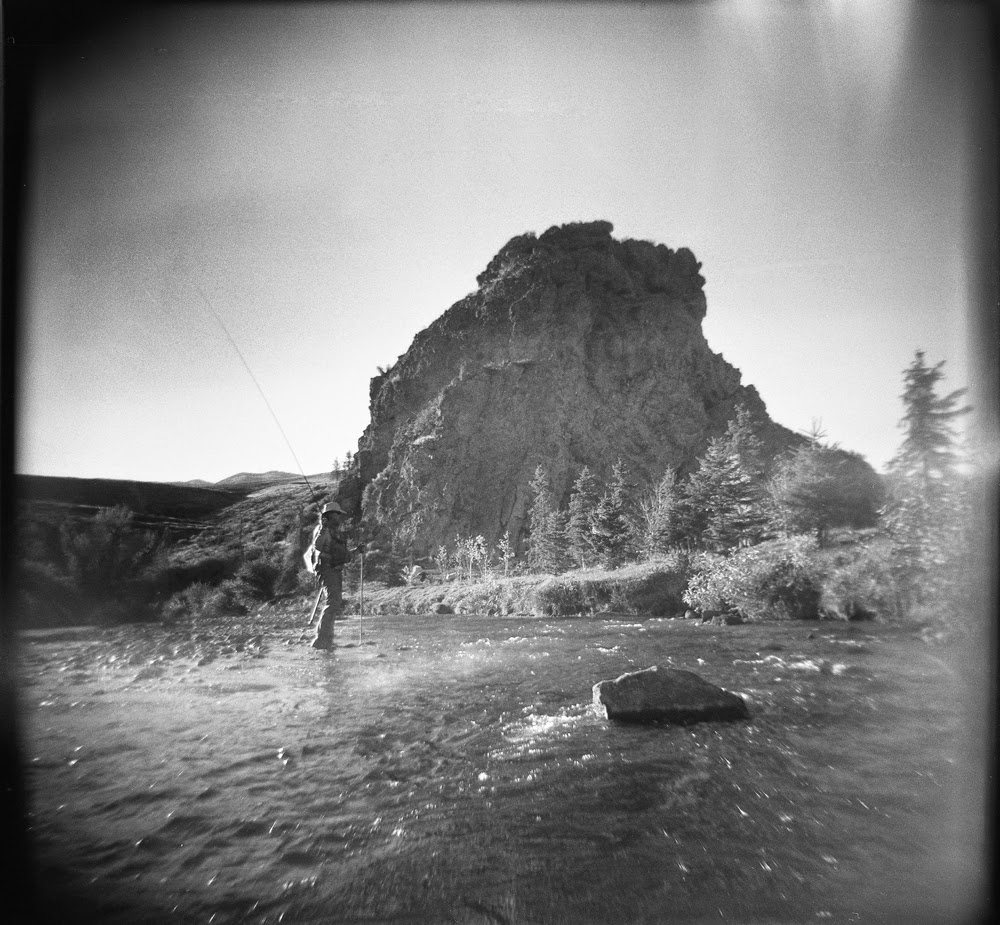 By this time I had put my rod down and watched him for a bit and then he moved and I came away with this photograph. 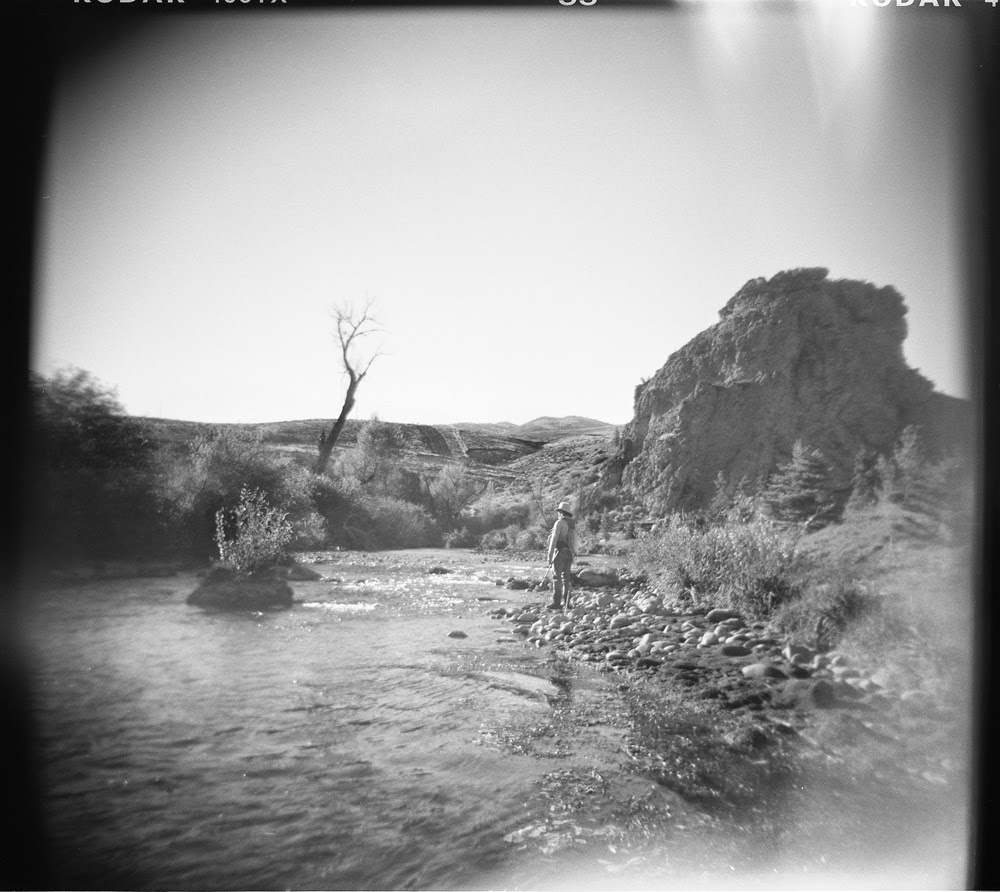 While this "tower" wasn't all that big, it was quite the visual magnate being so close to the river and all..

I know that's nothing too unusual, but the next time I ate there, a few weeks or so later,  I got the same fortune, so that mantra has kind of stuck with me ever since.

With that, I thought I share two recent places that have spotlighted my photography.

The first one, is an online fly fishing magazine called Kype Magazine, while the magazine has been around for a while, this is the first issue created by its new owner and publisher Aileen Lane.  Aileen, also is the fly tier extraordinaire behind MKFlies and she is also one third of the trifecta of Fly Fishing Ventures and many other things.


The second spotlight was on a film photography website called Develop & Fix that did a similar interview and spotlight on my photography, which you can check out HERE .


Thanks for reading and checking out these two spotlights. 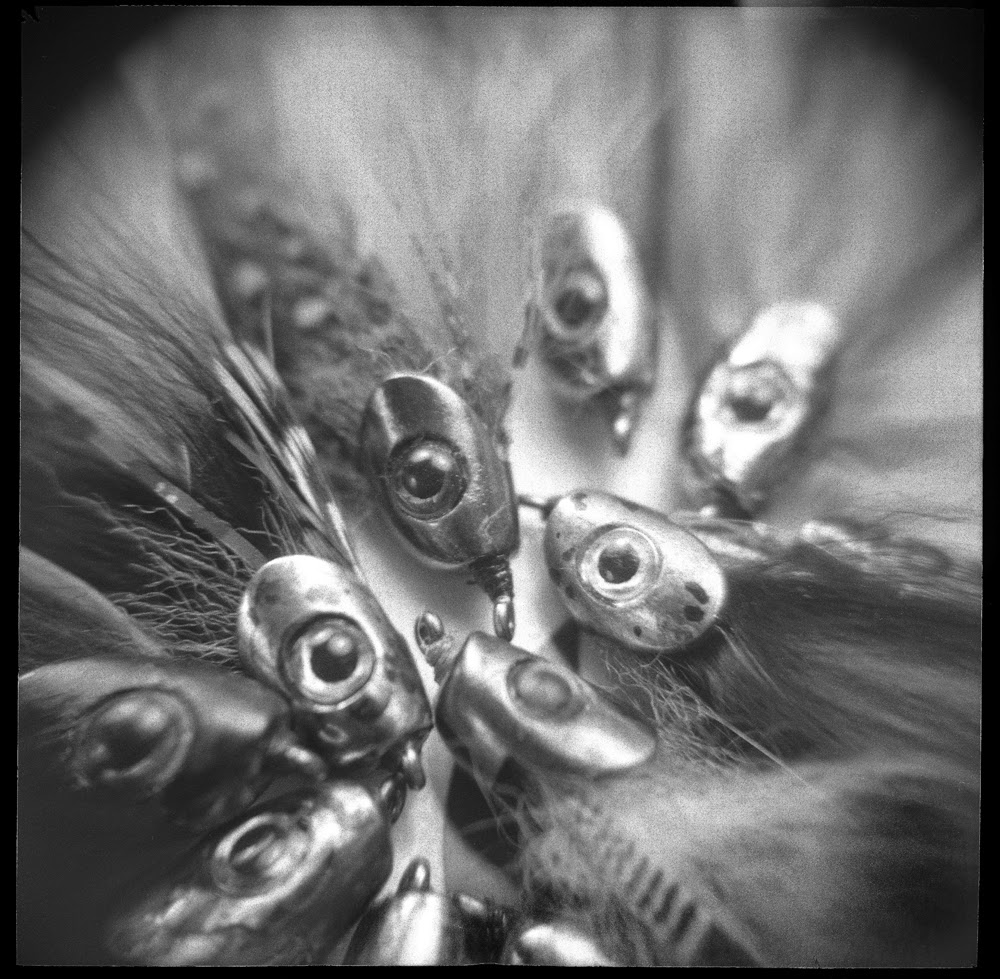 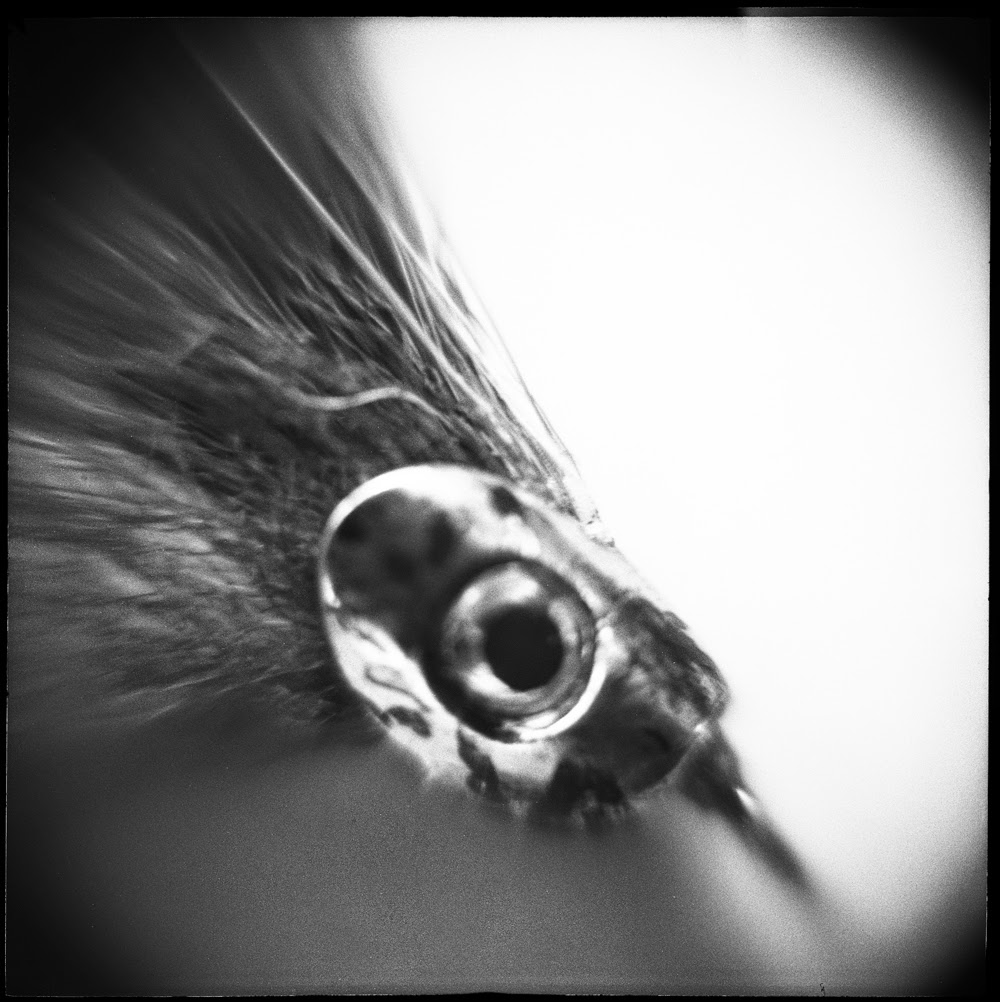 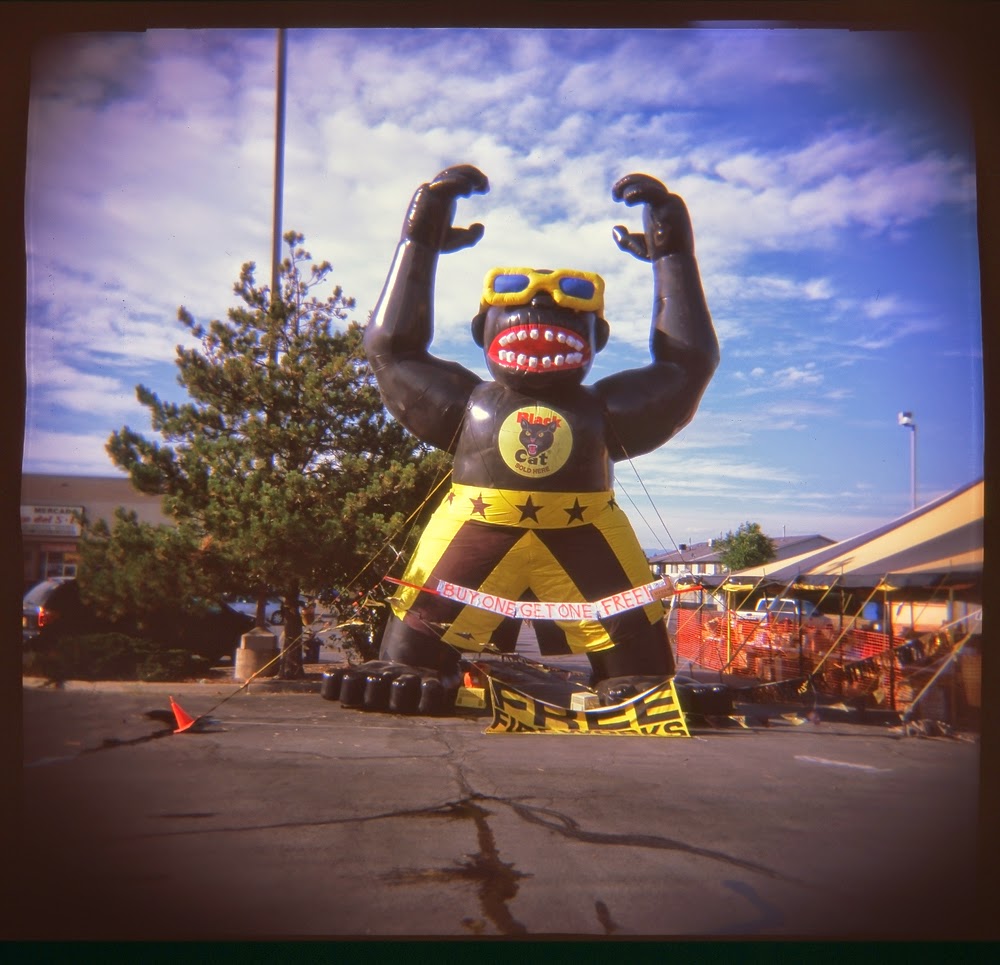 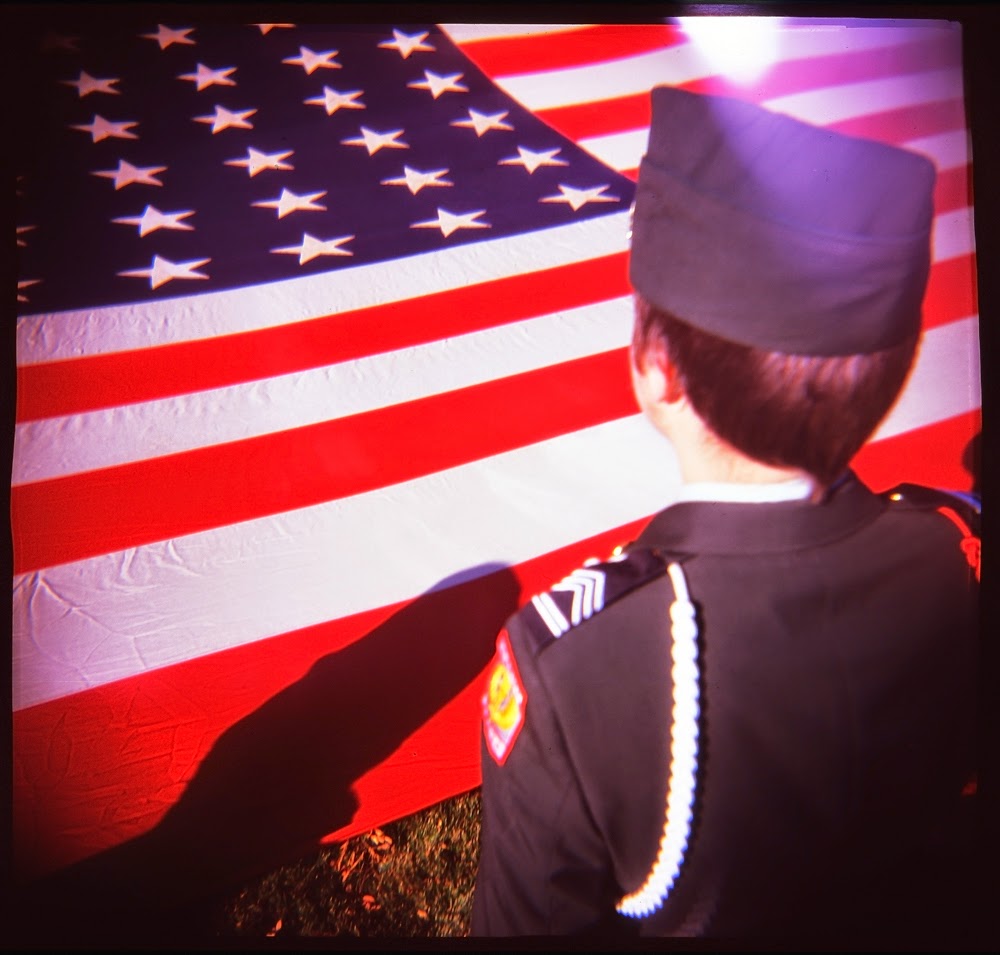 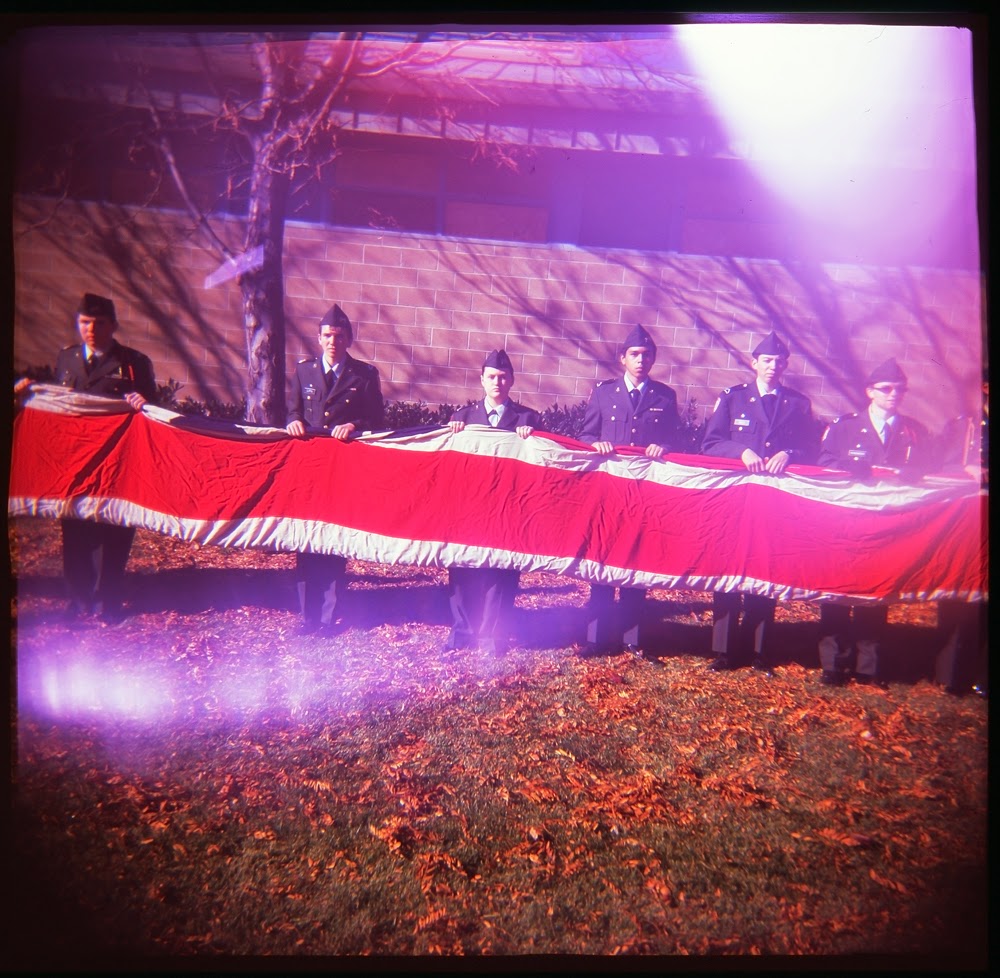 I have been reading Jason Landry's book, Instant Connections  lately and it caused me to revisit a particular group of images I took back in October of 2009.  It is often said that you as the photographer are your own worst editor, to which I am guilty of, mostly because my circle of friends is rather limited.
When I first got the roll of film back I did what I do every time I get a roll of film back, I gave it a quick once over while slide each strip into its respective slot on the file page, then I wait for a short bit and then I give them a good look at. I usually select the negative or negatives to print based on that initial gut feeling, which was the case in this first photograph. 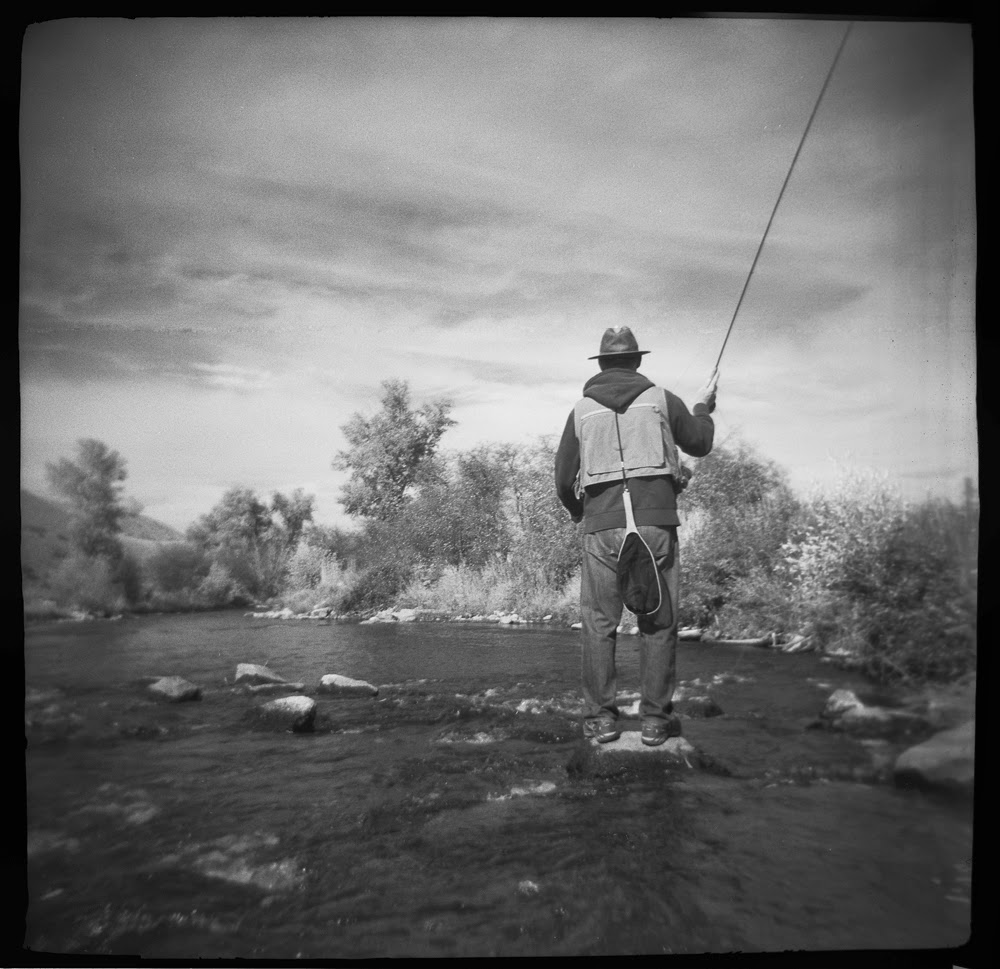 This particular photograph and moment was the one the editors chose to accompany the write up about me that appeared in Fly Rod & Reel magazine after all, so it must be the better moment. Right?

I generally go back over my negatives,months and sometimes years later,  just to see if one that I didn't print was better then the one I did, and reading Instant Connections has caused me to look at the other three moments I took that fall day in 2009.

Looking at the third frame, the following photograph was the first one I made of this angler and scene. 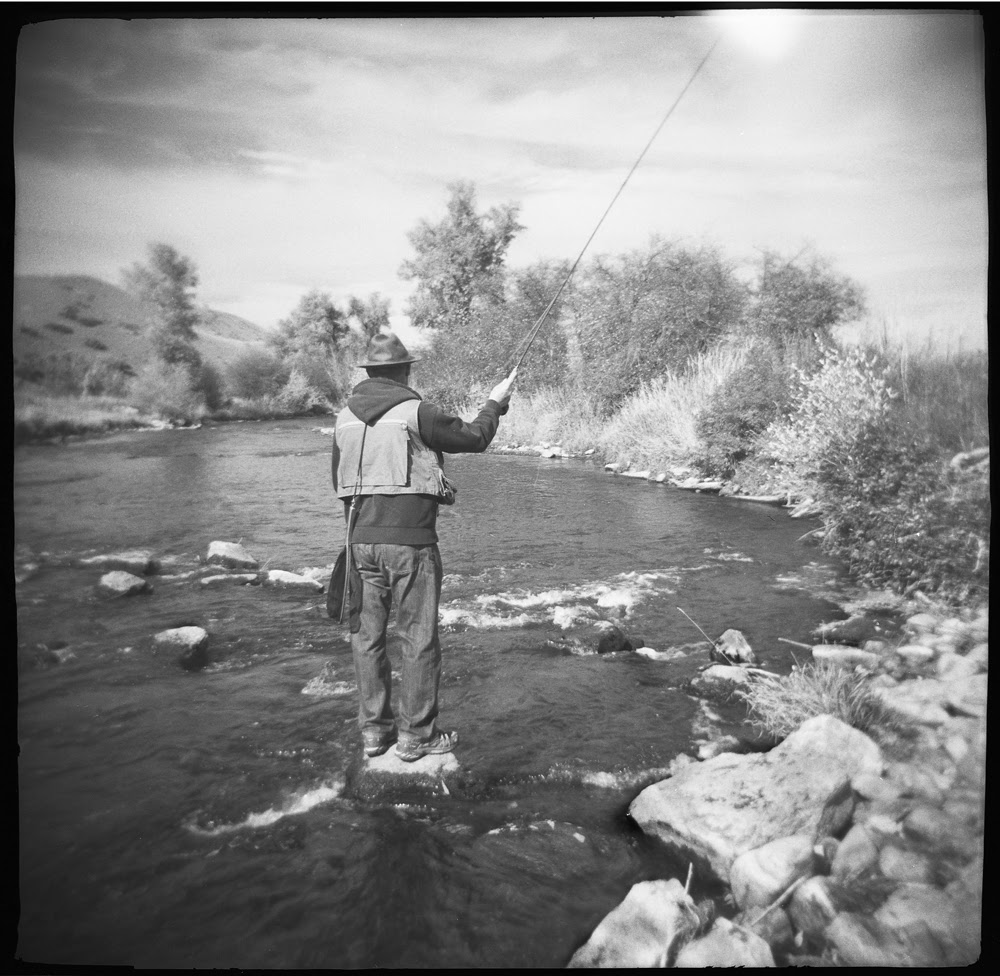 Looking at it now as I did then, I think passing over it was the right choice.  I don't think this photograph  was the right one, the composition and framing just don't work.

Moving on to the next frame on the roll, is the one, I initially selected,  but when I look at the next frame after that, I begin to wonder, was it really the better photograph.  The differences are subtle between the two photographs, but there are a few, that cause me to wonder. 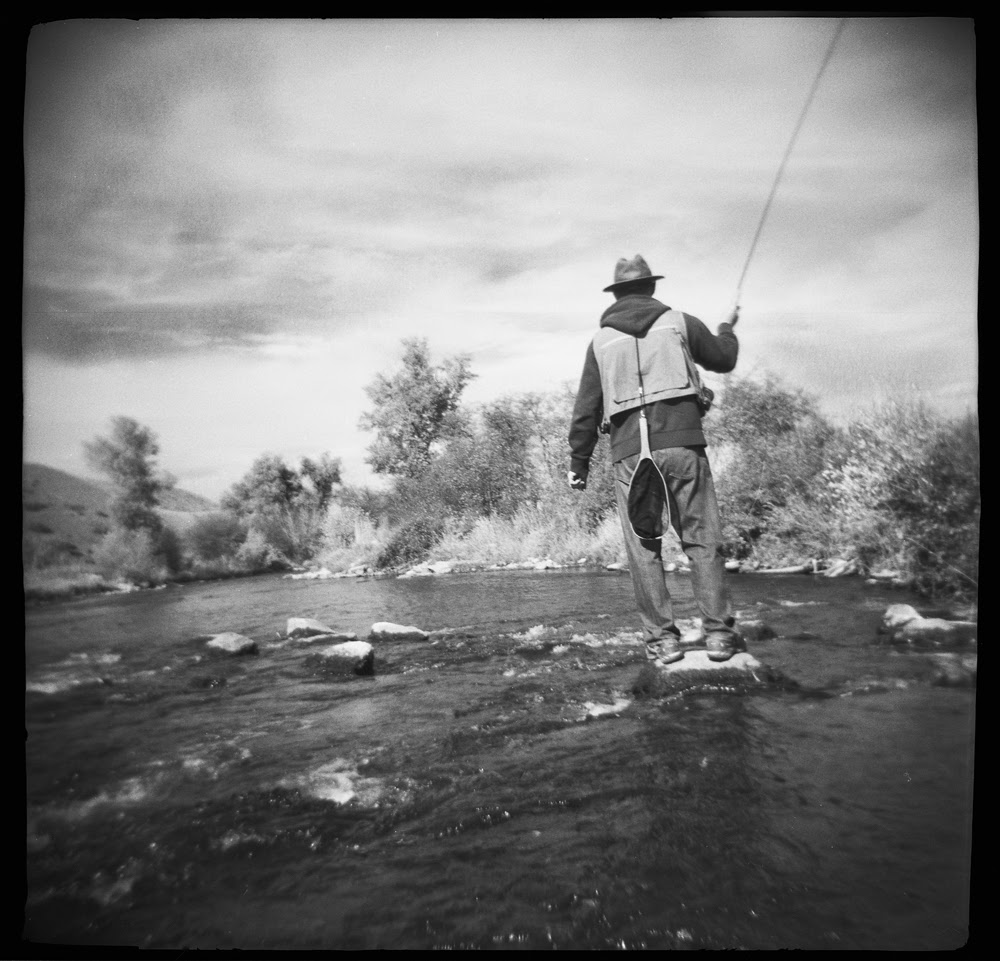 Can you see the differences?  I don't know how many seconds or so the two are part, but I am sure there are several considering the slowness involved in advancing the film on a Holga.

But then, there is this photograph the fourth and last photograph of this angler and scene. 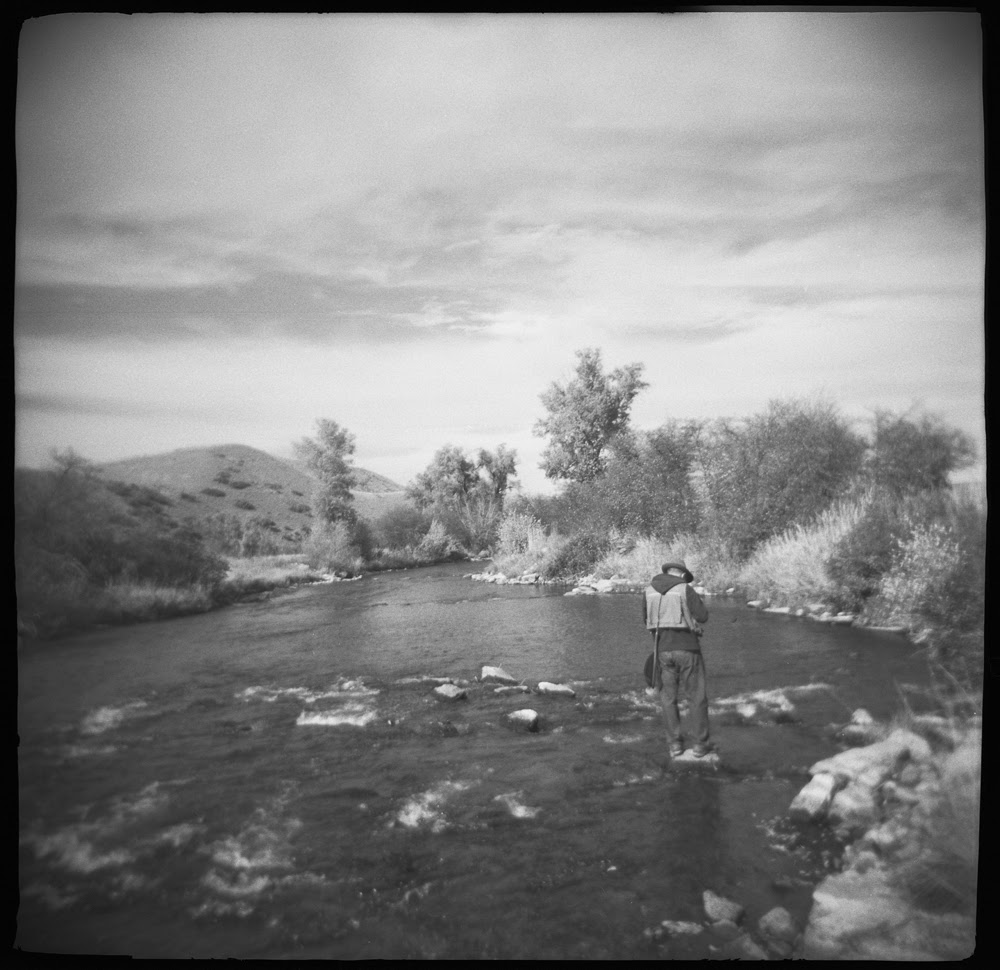 While this is a completely different moment than the other photographs, I am not sure why I am now just putting it out there for the first time..


I guess it proves that sometimes you have to live with the photographs you take and go back to them every once in a while...
So you tell me, is the first photograph I choose, the better one or are any of the other three better?

It's hard to believe that it is already March and I am just now making my first post of 2014, hopefully the Troutrageous one, or anyone else for that won't quarantine me for lack of activity..
I haven't been out fishing too much so far this year, but I can say that if the fishing I have I done so far, is any indication of what the rest of 2014 will be like, then 2014 will be my best year ever...
That being said, I have done some photography too, mostly some macro stuff of the flies I have been tieing, which I have done a lot of.
Of all of the things I have done with my Holga, the one thing I have struggled to master is doing "macro" photographs with it.  While I have had success using this technique, I am still working on getting more successful photographs, meaning, photographs that are in focus, and where the object or objects I am photographing are composed well within the frame.
With that, I leave you with the best of the few "macro" photographs I have made recently; it's of some kebari flies I tied..

Thanks for checking this post out..
Brian
Posted by Brian L. Schiele at 12:51 PM No comments: