This one is for Howard...

It's hard top believe that the last post I made was nearly three months ago, but I haven't had a lot of opportunities to make any new photographs, so I have been thinking of a way to make a new post and to post some photographs that haven't been on my blogsite.  Then the other day on Facebbok, one of my fishing friends, and admirer of my photography posted on my wall the following, "Brian Schiele needs to post some more pictures on his blog...just sayin'." Howard by they way is responsible for the the blog, Windknots and Tangled Lines.
That being said, I thought I'd post a few photographs from my Flickr stream that for one reason or another never quite made it over here, until now..
This first one, was one the same roll as the other two double exposures from the original post "Trout Dreams" , of the three photographs that turned out from that roll, I felt like it was the least successful, but according to the comments I got on Flickr, it seems to be as successful as the other two. 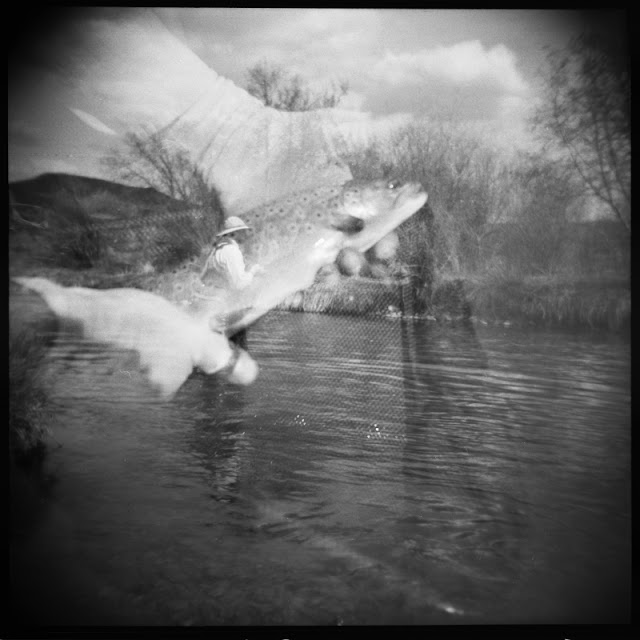 I felt like the second exposure of the fish just wasn't in the right place, so I didn't post it here.

This next one, comes from another post I made after I fished with Tenkara USA founder Daniel Galhardo, I am not sure why this one didn't make it either, but I am thinking it should have made it.  What do you think? 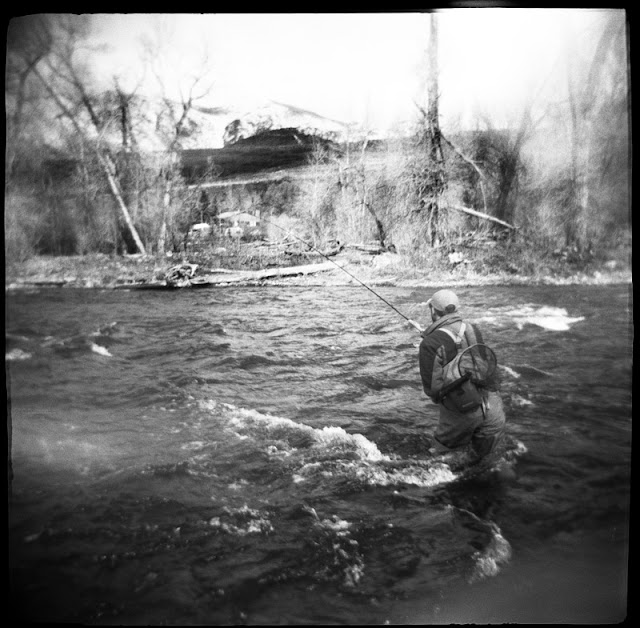 This next one, was originally a part of a diptych I did a few years ago that I put on Flickr, but didn't get a lot of response to it then, so I re-posted it as a single image and I think it is better as a stand alone photograph rather than a diptych.  You can check out the diptych here. 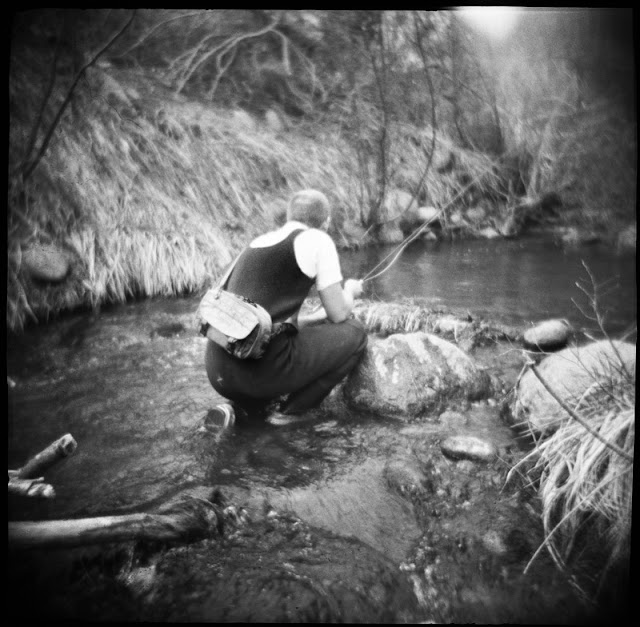 I guess this will be enough for now, I hope you like these photographs and thanks Howard for your interest in my photography as well as your friendship. I look forward to the day we get the chance to meet and fish, something I hope will come sooner rather than later..
Here's to 2013,  which will be a special  year for mtbbrian.com, 2013 marks the 10th year of my site in its many variations that have occurred in the past 10 years. I hope you'll read that later in 2013 and thanks for checking out my photography no matter where you joined me on this journey.
Brian