Something old, something new...

I went fishing this past week and was able to finish off a roll of film, Tri-X if you are wondering.  It's funny how much or little time it can take do shoot 12 exposures, This particular roll, was started back in September, it wasn't the best 12 exposures I have made in a while, but there were a couple that turned out well enough one of which I really liked.  I'd say up until this last outing I'd say that my priorities were split equally between photography and fishing, but this last outing I really made an effort to watch for and make photographs. 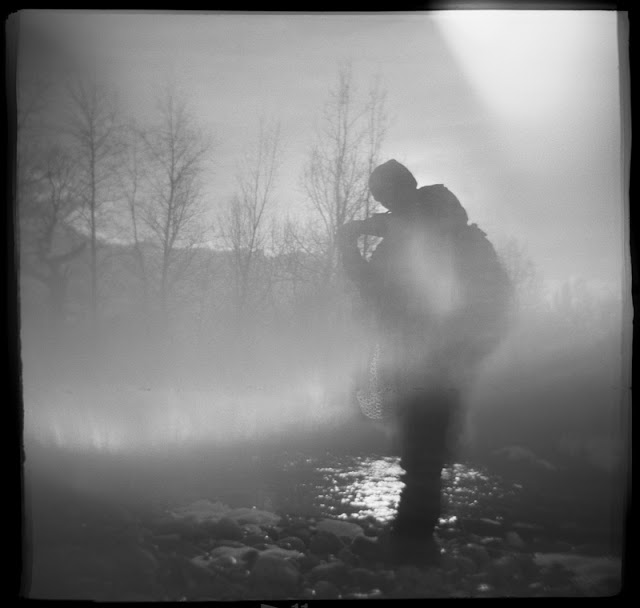 I like this photograph,even though it was particularly warm for January in the Heber valley, the flare gives a good sense of the cold and fog conditions that occur on the Middle Provo.
This next photograph is one I made back in July, but never really considered much until I went over my negatives from last year recently.  It's only from three rolls ago too, I might add. 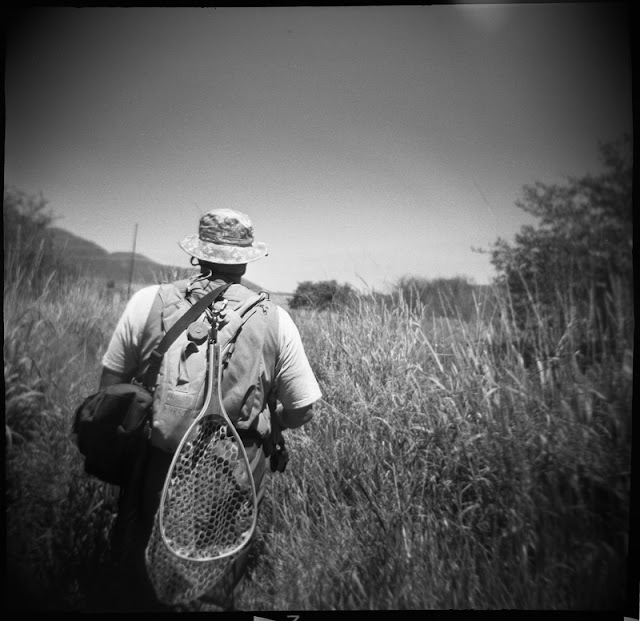 It's hard to beleive but looking at my negatives from last year, it looks like I only shot eight rolls of film, that's only 96 individual photographs, not all of which turned of course.  Since it is still January and all, I resolve to shoot more, to take more chances so I can make more great photographs...

Oh and if you haven't read the Winter 2011 issue of Fly Rod & Reel magazine, it should be out now.  Check page 18 for a write up about my photography.
Thanks for checking out my blogsite!
Posted by Brian L. Schiele at 6:52 PM 3 comments:

I love social networking, just ask my wife, through sites like Face book and Flickr, not only have I met some great anglers, photographers and other artists, it's been a way for me to get my photography out there too.  Through these sites, I have met,mostly virtually, photographers like Lucas Carrol and Aaron Otto, angler  Cameron Mortenson, and painter Bob White, to name a few.
It was sometime back in the  late spring or early summer 2010 that Bob White announced that he was doing a new column in Fly Rod & Reel, called "Angle On Art", so I immediately emailed him about my photography.  Over the course of over several emails with Bob, and lots of waiting I am pleased to announce that in the Winter 2011 issue of Fly Rod & Reel there is a write up about my photography. 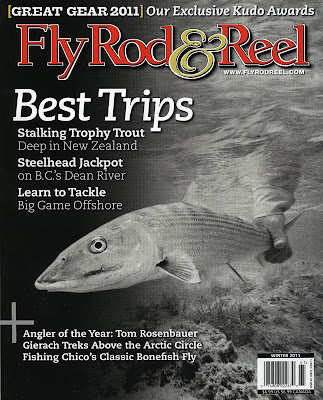 Needless to say I am ecstatic about the write up, the photographs are printed very well and Bob's writing is excellent.
I think that seeing the two photographs with the write up has given me a direction for the project; one of the photographs I submitted was a diptych that if you are familiar with my fly fishing photographs you have seen, but is shown as one of the two original photographs. So as much as I like the diptychs and other formats I have done, I think I will do single square photographs from now on.
I am not quite sure what else to say so go and buy a copy of the Winter 2011 issue of Fly Rod & Reel and check out page 18.
Thanks!
Brian
Posted by Brian L. Schiele at 8:25 PM 6 comments: