As I have previously mentioned, I enjoy "social networking", it has given me the opportunity to meet people I wouldn't have met otherwise, even if it is only virtually.  One such person, was a guy named Rich Schaaff, who like me is into fly fishing and photography, and was one of those people I really wished I could meet in person, unfortunately, I never got that chance, because Rich died suddenly last fall.  While I haven't really thought about him all that much since, it was on the occasion that I met one of my virtual friends who and also actually known Rich that I thought about him while we talked.
At the Wasatch Fly Fishing Expo, I met Rocky Maley, who has known Rich for several years, and has had Rich photograph a lot of his incredible flies for his website and more. After we initially talked and Rocky had a chance to look at my photography he came back with a couple of his flies, one of which I took and Brett Colvin, one of the other photographers I was displaying my photography with, took the other.
Before I photographed Rocky's fly, I took at look at Rich's "Art of the Fly" page, for some inspiration, many of the flies on this page are Rocky's.
As I was photographing Rocky's fly, I kept thinking of or perhaps "channeling" Rich, becasue I have struggled a little with doing these "macro" photographs with my Holga, so I think it helped, because I got it the first time.
Because these types of flies are bigger than the trout flies I am accustomed to I thought I would do something really different than just the usual square Holga photograph, so I did a "macro Holgarama". 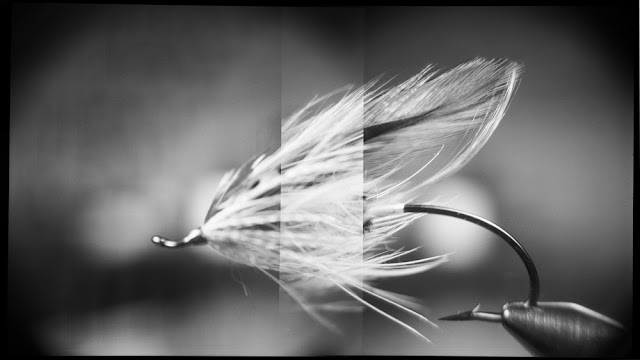 I have talked to Rocky about it, while he gets what I was trying to do, he is a little confused by it, but he also said that the technique could grow on him.  I did a square version of the fly too, which Rocky really liked. 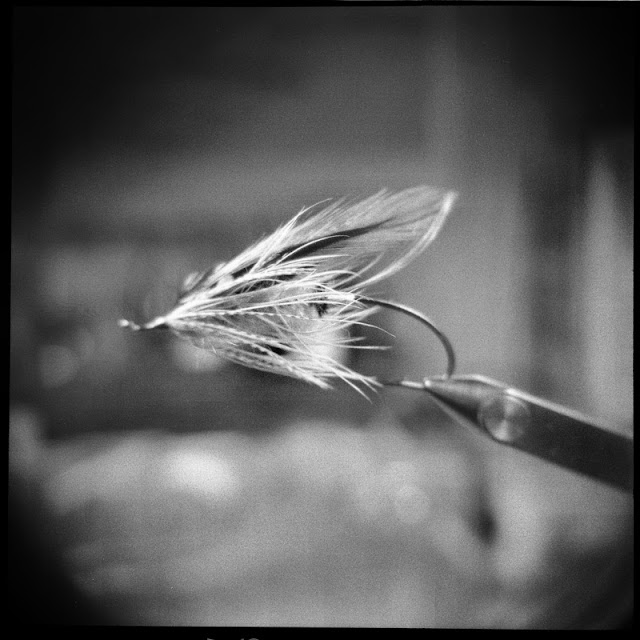 In talking to Rocky about it, and he said he would send a few more flies down.

Thanks for reading and hopefully taking the time to comment.
Brian
Posted by Brian L. Schiele at 9:24 PM 1 comment:

I thought I'd set up a shop on Etsy in an attempt to sell some of my photography.  I only have one listing at the moment, so please come and check it out..

I have known for a while that in order for this project to be successful I need to have some photographs of and with fish in them, but it's challenging sometimes to put my fly rod down and just be there as a photographer.
So on my last outing, I really made an effort to do that and was able to come away with a photograph of a nice MP brown trout that my buddy James had landed. 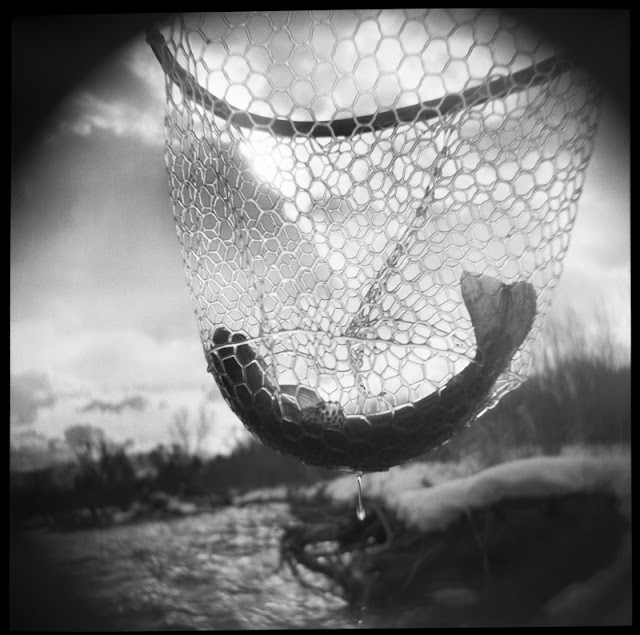 I have some macro photographs of some flies on this roll that I will post shortly. I hope you like this photograph there will be more photographs of and with fish to come.
Brian
Posted by Brian L. Schiele at 9:40 AM 2 comments: