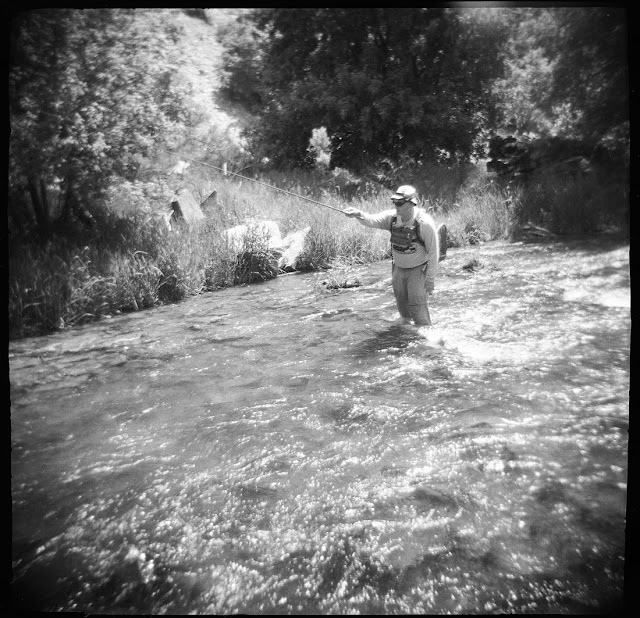 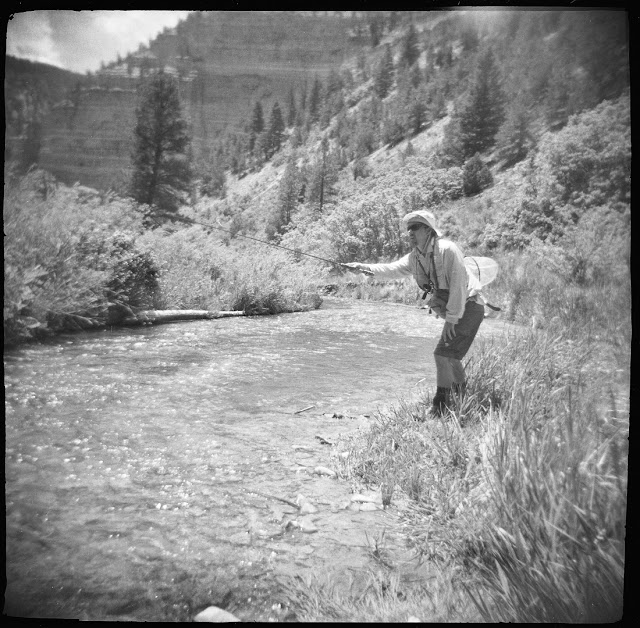 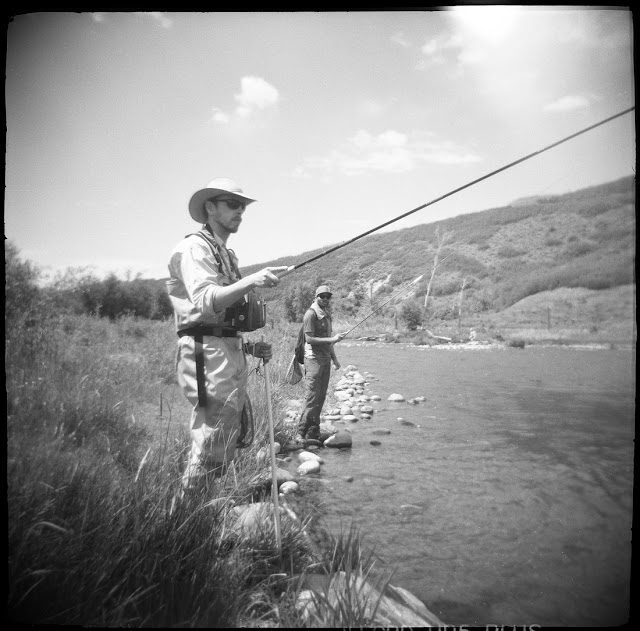 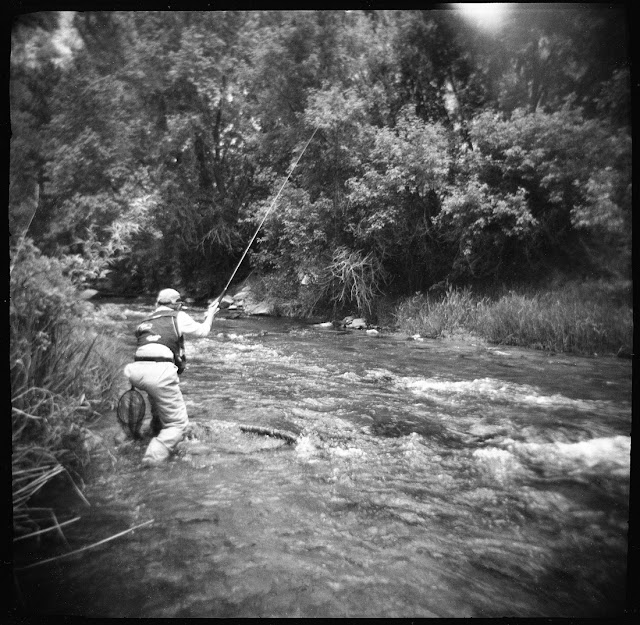 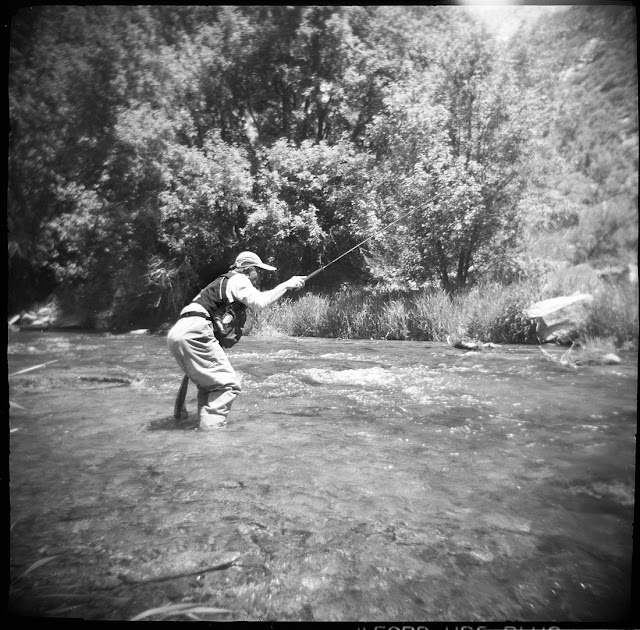 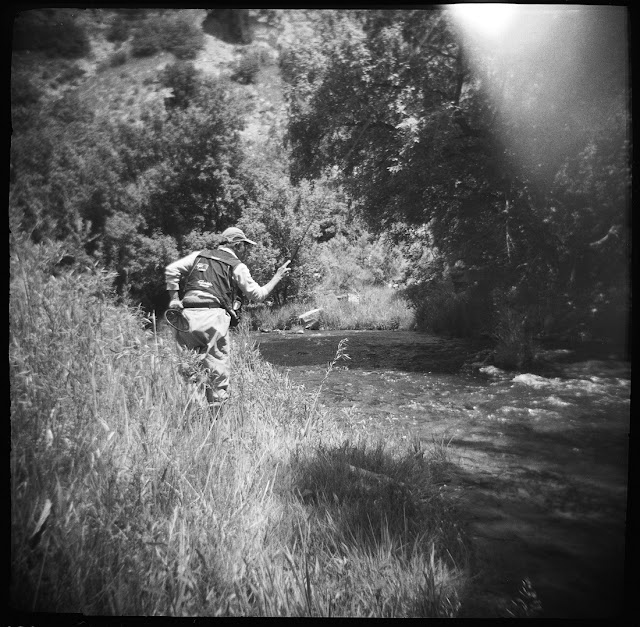 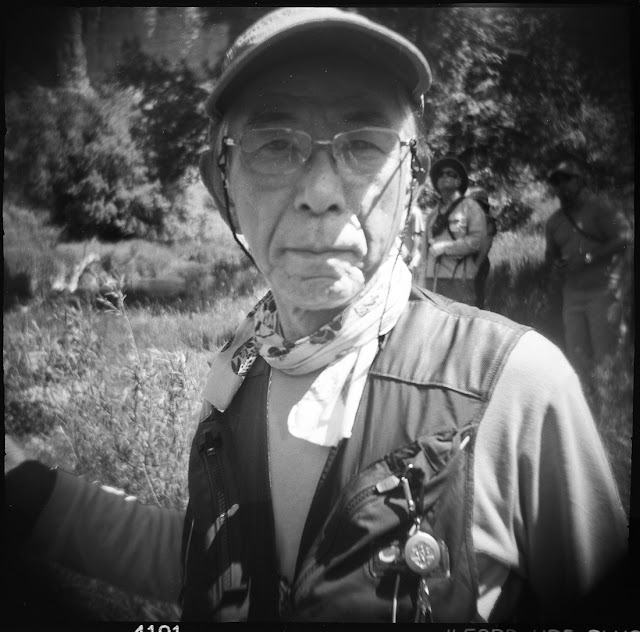 I don't shoot a lot of color, so I thought I'd post this photograph, from the Tenkara Guides LLC workshop on its own, because the rest will be in black and white.

That being said, and because I haven't had a lot of photographic opportunities so far this year and because all of the other photographs I plan on posting about the workshop are all in black and white, I thought I'd post this one. 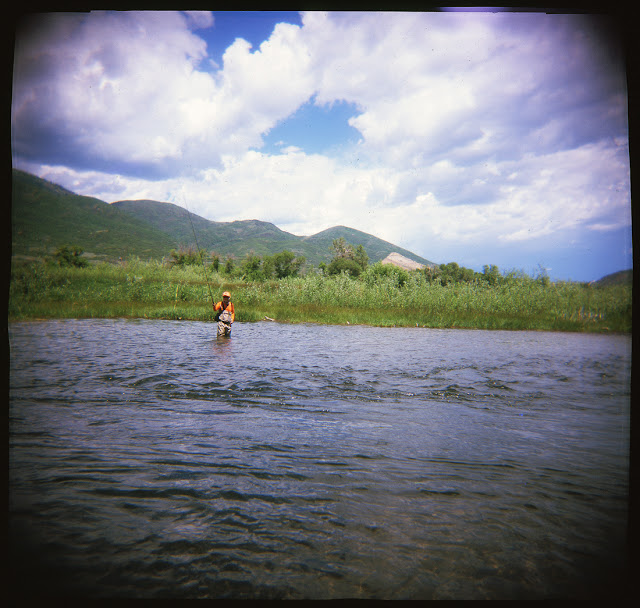 I have three more rolls that I need to have processed before I can make my post about the workshop, that will have to wait a few weeks.  If anyone out there would be interested in being a patron,  please contact me!

I don't shoot a lot of color film, , it's mostly a choice of liking black and white better and for the most part black and white conveys the timelessness and dreamy qualities that I am going for much better.

That being said, I like shooting color film, Fujichrome Velvia 100 in this case, especially when it comes to photographs of fish, like this Bonneville Cutthroat for example.

I have caught a few Bonneville Cutties in my time, but none as beautiful as this one, which was on a tiny tributary in eastern Utah, during a tenkara workshop put on by Tenkara Guides LLC.

I have more from the two days I was there at the unique and amazing workshop they put on, but I love this photograph so much and it's different from what I normally shoot, that I thought I'd put this one out now.. 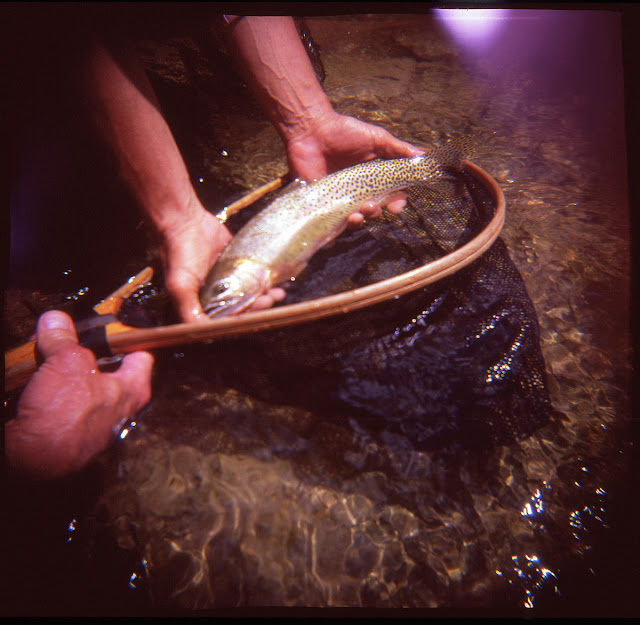 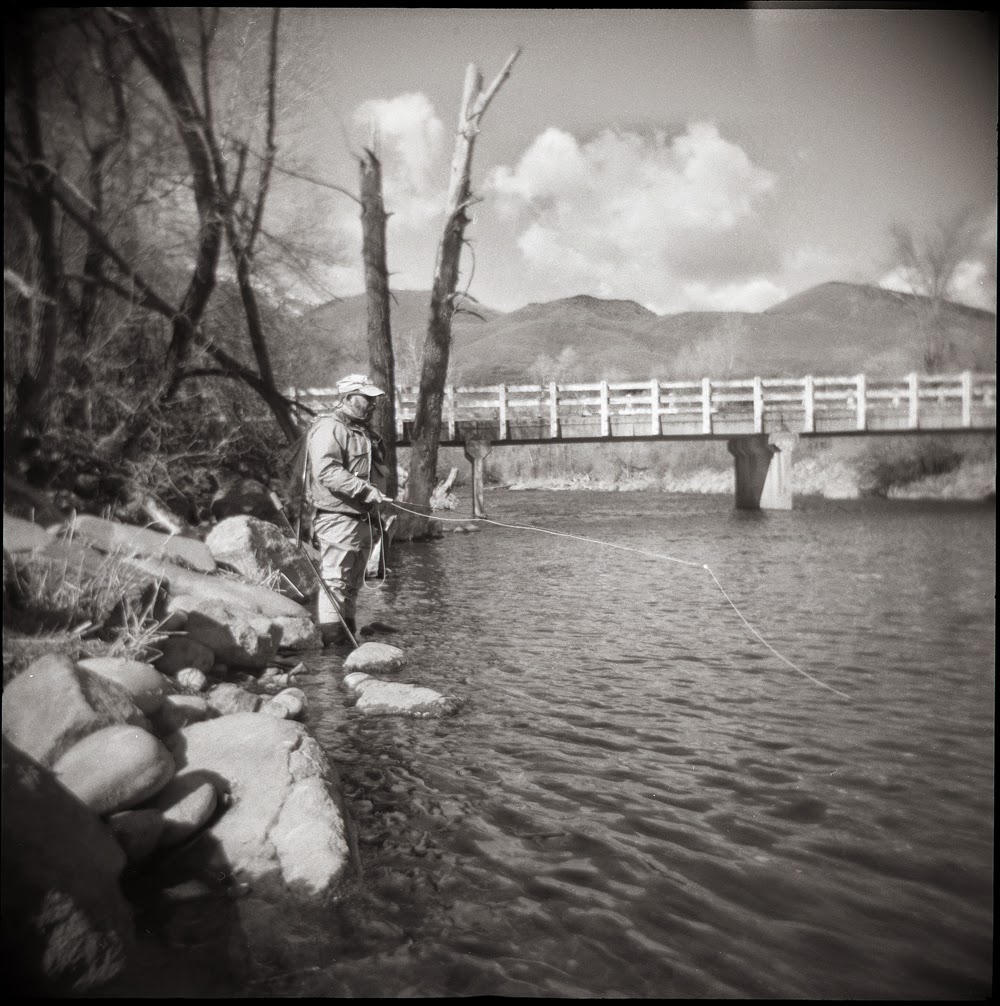 Bridges serve many purposes, from their intended purpose of crossing a body of water or a great span between two geographical features, as well as serving as a landmark.  If you are into fishing, they are especially great to fish near as well, which is what I did for the first time by this bridge.

You may recognize bridge and may have even fished there, but I enjoyed fishing there with one of my Army buddies..