Trees - Or I processed it myself

Late this past summer, I had the opportunity to spend some time in the Uintah mountains, with my family, and I while I don't consider myself much of landscape of nature photographer, there is a lot to be said the artistic quality of a grove of aspen trees. On top of that, I never really planned on posting any of these pics, until recently when I had the opportunity to process the two rolls of film myself. You read that right I processed the film myself, which was quiet a treat, considering that it was something that I hadn't done in more than 20 years. Although I could process my film at home, I am fortunate enough to live in a city there has a small co-op darkroom, at the Salt Lake Photo Collective.  There are even one or two other community darkrooms in the Salt Lake City area, including the one at the Salt Lake Art Center.

And while the area I did these photographs in wasn't close to the river I was fishing that week, a lot of the places I fish are near aspens, and I think there are a lot of artistic qualities going on with with all of the lines they have and that are created in a large grove. 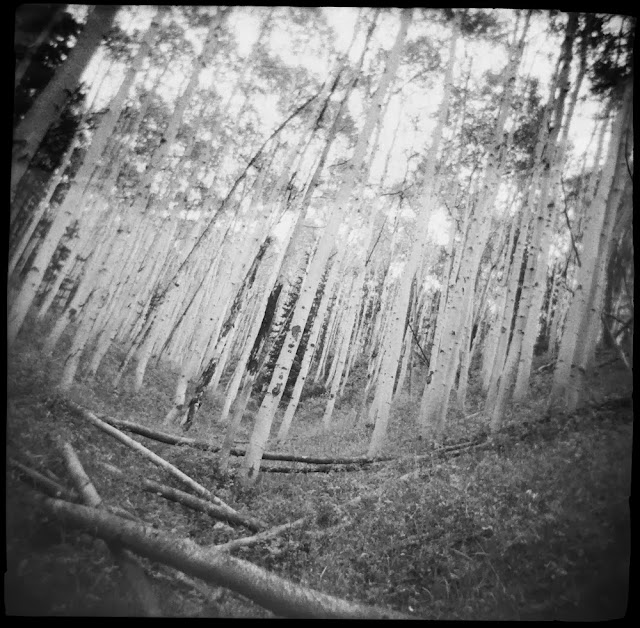 I have been using Ilford HP5 film lately and processed the films in Ilford's Ilfosol S and I am not sure if it was the right developer for the HP5, because these came out rather flat, especially the two square ones, the light was flat that day too as I recall. 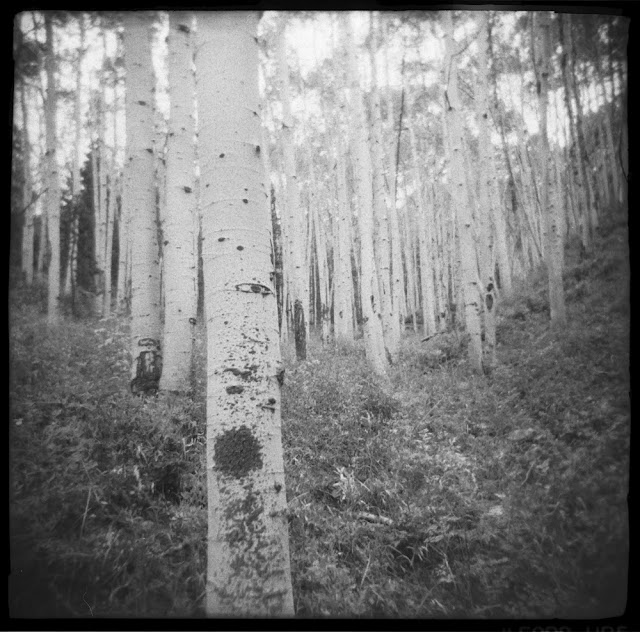 All of this talk about trees kind of reminds me of a poem, one you may have read or heard before...


Trees
I think that I shall never see
A poem lovely as a tree.

A tree whose hungry mouth is prest
Against the earth's sweet flowing breast;

A tree that looks at God all day,
And lifts her leafy arms to pray;

A tree that may in summer wear
A nest of robins in her hair;

Upon whose bosom snow has lain;
Who intimately lives with rain.

Poems are made by fools like me,
But only God can make a tree.

Back in August I was asked to do some photography for a local tenkara fly fishing guide company, Tenkara Guides LLC, for a story about them that would eventually be published in  a magazine that is being billed as, "the first print publication dedicated to tenkara in the world". I am pleased, honored and delighted to say that the magazine is finally published and I have four photographs that accompany the article written by John one of their guides and partners.
The magazine is published by Tenkara USA, and can be purchased HERE.
It's 112 pages and has articles, essays and interviews written by tenkara enthusiasts from around the world, many of which  I know personally or through Facebook and other websites.
I thought I'd post one of the four photographs from the article, as sort of a teaser, to see the others you'll have to buy the magazine...

This and  two of the other photographs in the article were shot using my 6x12 Holga Pan.

Webster's defines "portrait" as a painting, drawing, or photograph of a person that usually only includes the person's head and shoulders.
I like to make portraits of people, people that I know or strangers that I find interesting; and while my portraits aren't the most formal I think they capture my subject in a very unique way.
For example, at a Veterans Day parade last month I happened upon a fellow Veteran who was playing the bagpipes.  I talked to him for a few moments and asked him if I could make a portrait of him. 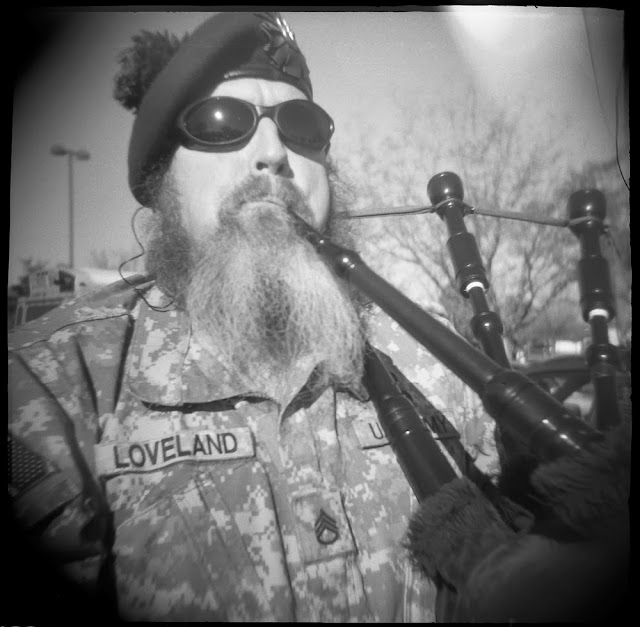 Most of my portraits are of people that I know and have known for quite some time before I photograph them, which be usually make it pretty easy to make a good portrait of them. As in the case of my friend Jim, who I had worked closely with for nearly four years before I made this portrait of him. 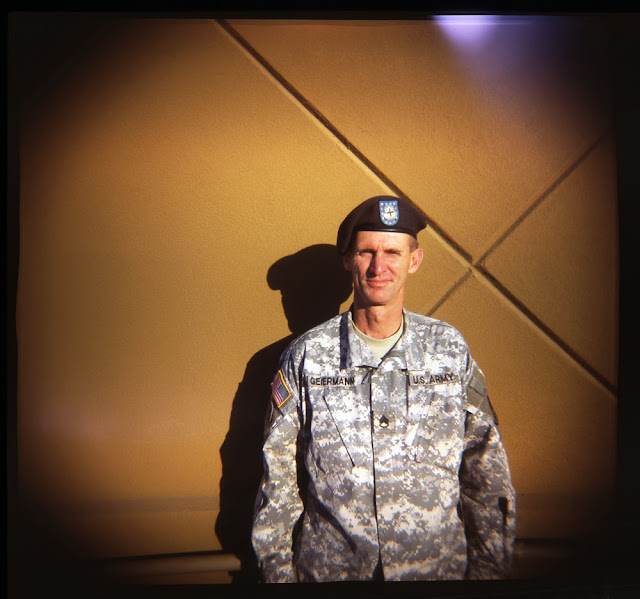 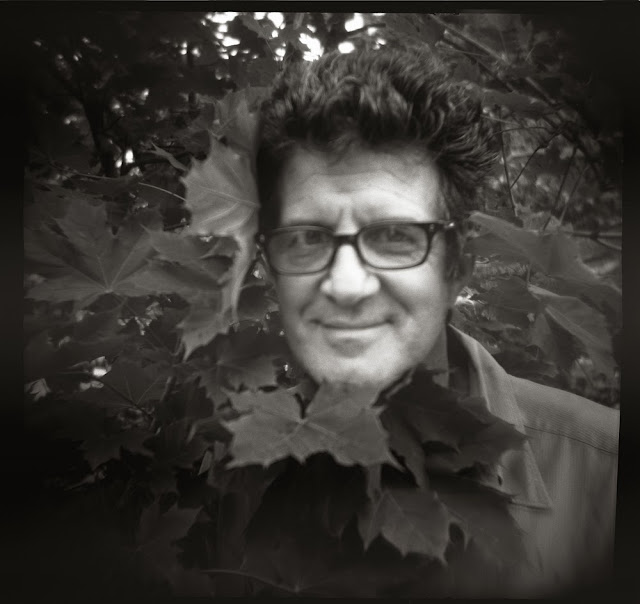 Then there are the people that I know very well, and who know me equally as well if not better, as in the case of my wife.  This is a portrait, that I think is probably the sexiest photograph I have made of her. I love the quality of light on this one as well as my subject. 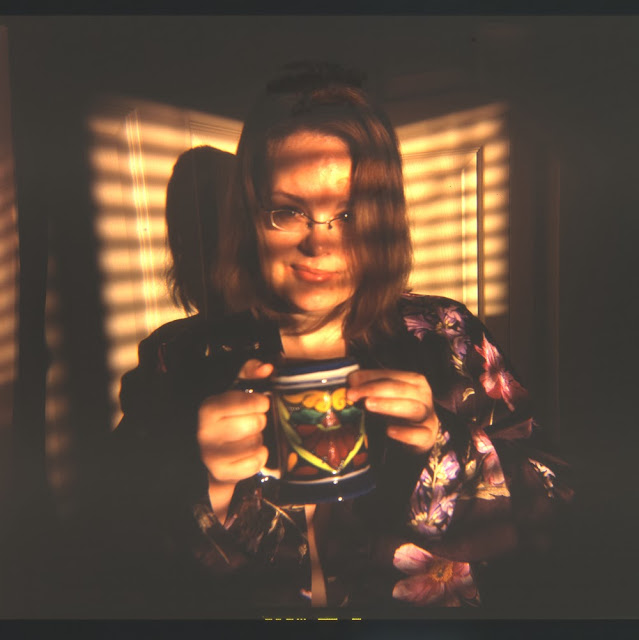 You can check out more of my portraits in my aptly titled Flickr set, "Portraits" some of which were a part of an exhibit I was a part of back in 2007.

Posted by Brian L. Schiele at 8:29 AM No comments: